The George-Anne Media Group • May 1, 2021 • https://thegeorgeanne.com/30470/sports/former-eagle-running-back-signs-with-chiefs/ 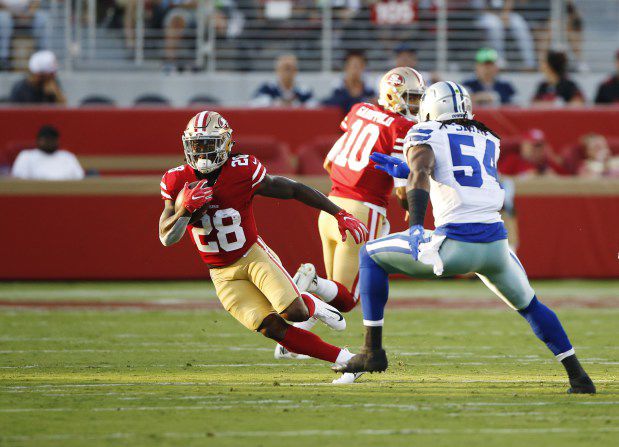 Former Georgia Southern running back Jerick McKinnon has signed with the Kansas City Chiefs on Friday.

McKinnon was most recently a member of the San Francisco 49ers, where he rushed for 319 yards on 81 carries and accumulated six total touchdowns.

Prior to his time with the Niners, McKinnon spent four seasons with the Minnesota Vikings. While in Minnesota, McKinnon rushed for over 1,900 yards and seven touchdowns in addition to nearly 1,000 receiving yards and five more scores.

The terms of McKinnon’s contract have yet to be released.