The George-Anne Media Group • May 7, 2021 • https://thegeorgeanne.com/30507/sports/lady-eagles-fall-in-ncaa-tournament-opener/

GS fails to win a point against No. 11 Georgia Tech 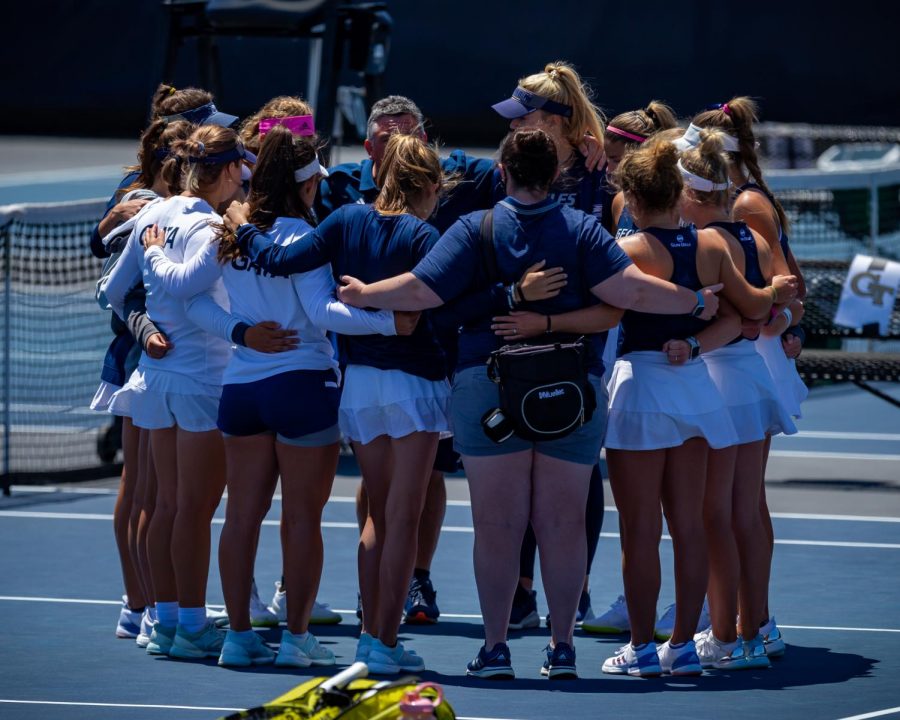 On Saturday, for the first time in program history, the Georgia Southern women’s tennis team participated in an NCAA Tournament match.

However, the Eagles fell to the No. 11 Georgia Tech Yellow Jackets, 5-0. While GS failed to acquire a single point, the ladies put on an impressive showing.

The GT doubles team of Carol Lee and Monika Dedaj took down the GS team of Elizabeth Goines and Sonja Keranen, 6-0. But the GT doubles team of Ava Hrastar and Gia Cohen secured the doubles point for the Yellow Jackets after taking down Nadja Meier and Paula Boixader, 6-4.

During the singles portion of the match, the Yellow Jackets quickly secured the final three points needed to advance to the second round.

According to the Intercollegiate Tennis Association, GT had the No. 5 (Kenya Jones), No. 13 (Victoria Flores) and No. 100 (Hrastar) singles players in the NCAA.

Mahak Jain was the first Yellow Jacket to secure a singles point, taking down Goines in straight sets. Jones was the next GT player to record a single point as she took down Meier in straight sets.

Despite a hard fought match from GS, the Yellow Jackets clinched the match after Hrastar took down Mila Hartig in straight sets. Just seconds later, Cohen took down the Eagles’ Charlotte van Diemen in straight sets to accumulate a fifth point for GT.

The future is bright for the Lady Eagles, as the team is projected to lose just three players from this year’s team. Among those returning are Meier and Sophie Wagemaker, both of whom were selected to the All-Sun Belt Conference first-team.