The George-Anne Media Group • May 27, 2021 • https://thegeorgeanne.com/30630/sports/gs-obliterates-panthers-to-advance-to-semifinals/ 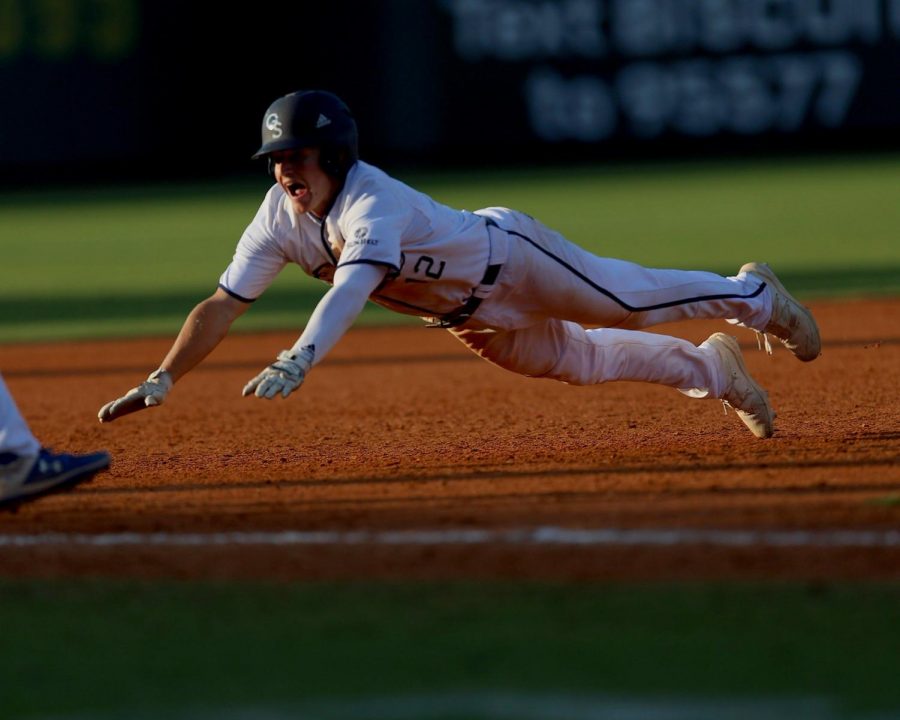 The Eagles coasted to a 10-1 victory propelled by a well-rounded performance from the entire roster.

Christian Avant, Steven Curry and Noah Ledford all recorded three hits, highlighted by a Steven Curry home run and a Christian Avant triple. Parker Biederer logged a triple of his own during a multi-hit performance, while Jason Swan also accumulated multiple hits.

Tyler Owens struck out eight batters in five and two-thirds innings while only allowing two hits. The win pushed Owens’ record to 7-2 on the season.

GS will await the winner of Thursday’s Appalachian State-Louisiana game. The semifinal game will begin at 5 p.m. on Saturday and will be televised on ESPN+.