The George-Anne Media Group • May 29, 2021 • https://thegeorgeanne.com/30646/sports/eagles-sweep-pool-play-behind-strong-offense/

GS now prepares for the semifinals 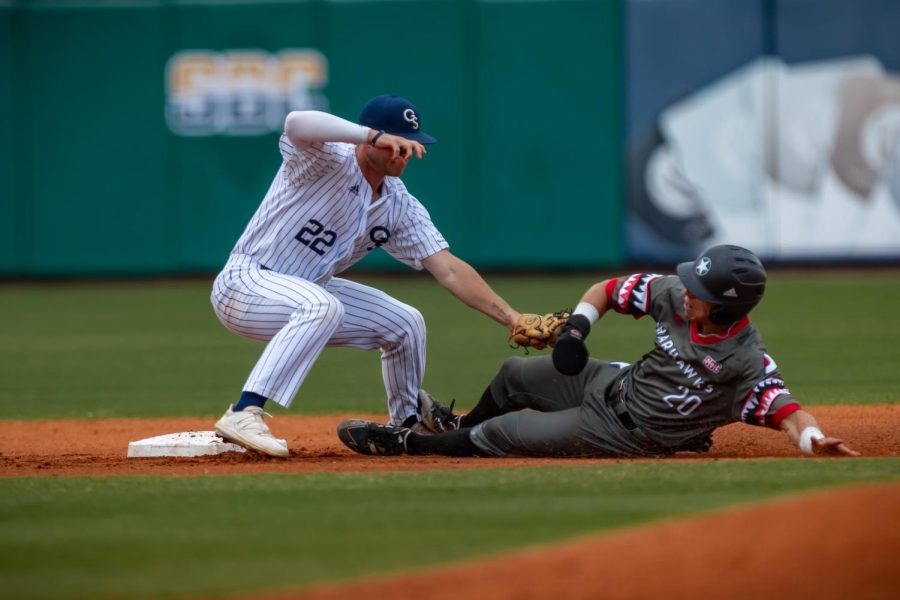 Despite clinching a spot in the semifinals on Wednesday, the Eagles still had a game to play on Friday as they took on the Louisiana-Monroe Warhawks.

After a 10-run performance against Georgia State, the GS offense was high on momentum as they took the field Friday. The offensive momentum was enough to carry the Eagles to a 9-5 victory over ULM.

The GS offense got out to a fast start after Mason McWhorter launched his 17th home run of the season in the first inning. However, Jason Swan highlighted the offensive showing for the Eagles, accumulating three hits and an RBI in three at-bats. Both Swan and Austin Thompson recorded a triple during Friday’s game.

Eight Eagle pitchers saw action on Friday, but sophomore Connor Bruce was credited with his first career win. The group of GS pitchers combined for a total of six strikeouts.

GS will return to the field on Saturday as they face Louisiana in the second semifinal game of the tournament. First pitch is set for 5 p.m. and the game will be televised on ESPN+.