The George-Anne Media Group • May 30, 2021 • https://thegeorgeanne.com/30650/sports/jackson-shines-as-eagles-take-down-louisiana/ 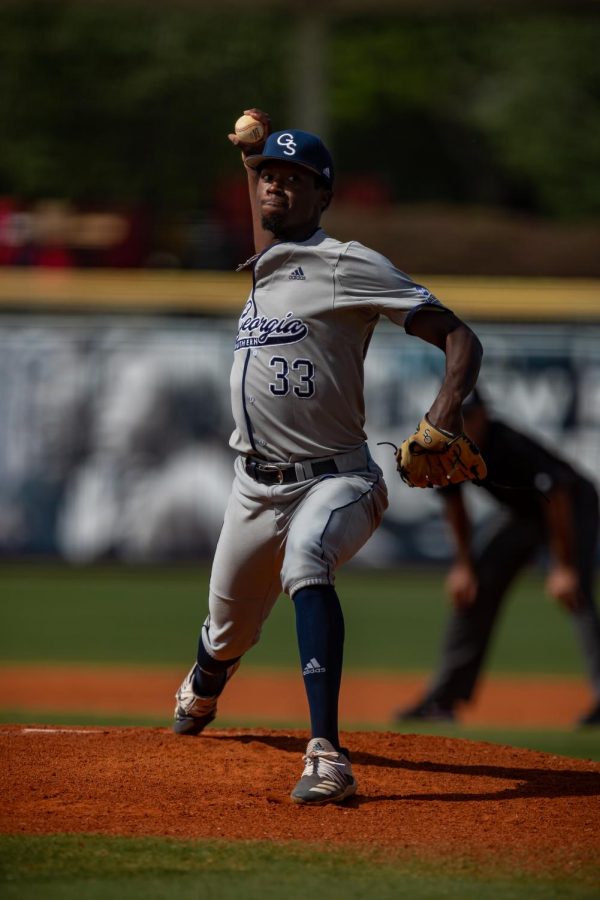 When Georgia Southern and Louisiana meet on the diamond, it usually results in an exciting baseball game. After their last matchup went 13 innings in 2019, the teams went another 11 innings on Saturday.

For the sixth time in the last seven matchups, the Eagles took down the Ragin’ Cajuns. Although it took two innings of free baseball, GS escaped with a 3-2 victory to secure a spot in the Sun Belt Conference championship game.

On offense, it was the Parker Biederer show for the Eagles. The senior outfielder recorded four hits and was responsible for all three RBIs for GS.

A single from Biederer drove in the first run in the second inning, followed by a solo home run in the fifth and capped off by a single off a bunt in the 11th inning, which ultimately proved to be the winning run.

However, the highlight of the day for the Eagles was the performance on the mound. Senior Jordan Jackson pitched seven strong innings, including retiring 18 consecutive batters. Jackson also accumulated eight strikeouts.

Unfortunately for Jackson, the win was credited to Jay Thompson, who pushed his record to 7-1 out of the bullpen this season.

GS will be back in action on Sunday when they take on South Alabama in the Sun Belt Conference championship game. First pitch is set for 2 p.m. and the game will be televised on ESPN+.

The Eagles won two of three games against the Jaguars during the regular season, winning 11-2 and 7-6 when USA traveled to Statesboro.