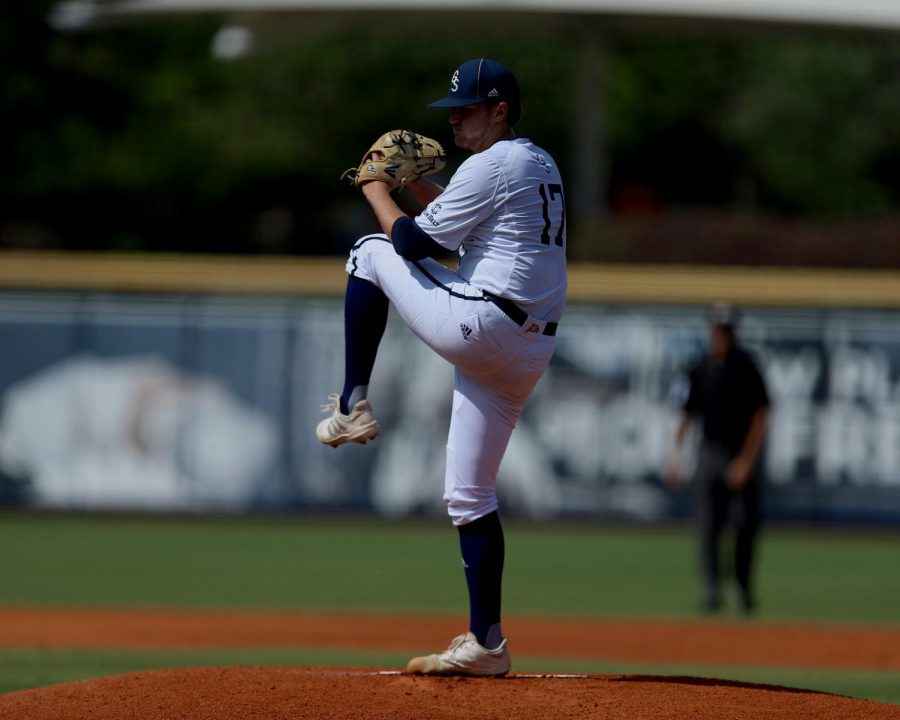 For the fourth time in the last six full seasons, the Georgia Southern baseball season has come to an end in the Sun Belt Conference Championship game.

Mason McWhorter hit his conference-leading 18th home run of the season to begin the scoring. An inning after McWhorter’s home run, Noah Searcy and Steven Curry both drove in a run, which gave the Eagles a three-run lead after three innings.

However, South Alabama quickly responded, knotting the game at three runs apiece after a Richard Sorrenti home run. The bomb off Sorrenti’s bat sparked the Jaguar offense to accumulate a grand total of 10 runs.

McWhorter recorded his final career RBI in the ninth inning, but the Eagles ultimately fell to the Jaguars, 10-4.

Pitching, or lack thereof, can be pinpointed as the Eagles’ kryptonite during the championship game. After playing three games over the three days prior to the championship, the entire GS bullpen was noticeably gassed.

Tyler Owens got the start for GS on the mound and nine pitchers entered the game, but Hayden Harris was credited with the loss. Harris’ record fell to 2-3 on the season.

Rodney Hennon’s squad will lose at least 16 players this offseason, which is a cause for concern around the immediate future of the Eagle baseball program.