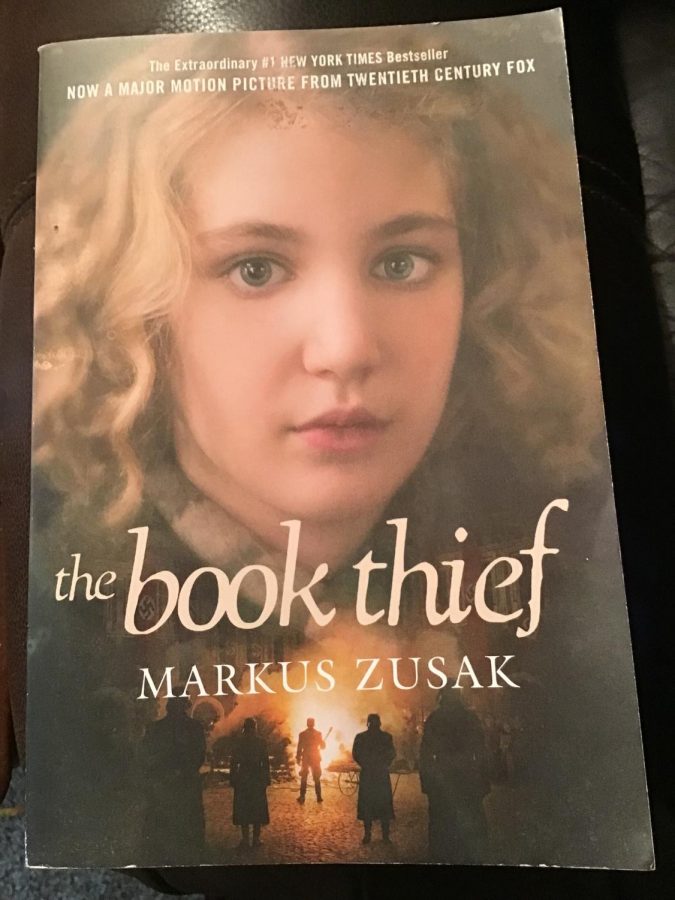 The Book Thief by Markkus Zusak

Most college students have learned about World War II and the atrocities committed by Germany throughout: the concentration camps, the death camps, the torture and the censorship.

The Book Thief tells the story of the Hubermann family, Liesel, and her parents, Hans, and Rosa. None of them believed any of the propaganda from the Nazi party, even as they participated in Hitler salutes, sent their foster daughter to Hitler Youth, and even fought for the Germans in World War II.

Meanwhile, they are hiding a Jew in their basement and letting Liesel own and read a book that she had stolen from the pile of rubble after a book burning.

“I also hope that readers of any age will see another side of Nazi Germany, where people did hide their Jewish friends to save their lives (at risk of their own). I wanted them to see people who were unwilling to fly the Nazi flag, and boys and girls who thought that Hitler Youth was boring and ridiculous,” said Mark Zusak, the author of The Book Thief.

The story starts with Liesel on a train with her mother and brother on their way to Molching where Rosa and Hans will take care of Liesel and her brother.

Only Liesel’s brother dies on the train.

They bury him in snow at one of their next stops. After the funeral, Liesel steals her first book, The Grave Digger’s Handbook, which was left by a teenager who helped bury her brother.

She doesn’t get to read the book until Hans finds it in her sheets after she wets her bed one night. From then on, Hans reads her a chapter every night after she wakes up from a nightmare and they circle words she doesn’t know so she can practice. And so begins her love of words and books. Soon, she is stealing books from Nazi book burnings and the mayor’s wife’s library. Then, she reads them to her father and the Jew in her basement.

Readers who are interested in historical fiction or World War II should read this book because Zusak accomplished his goal of showing a side of World War II and Nazi Germany that isn’t often portrayed.