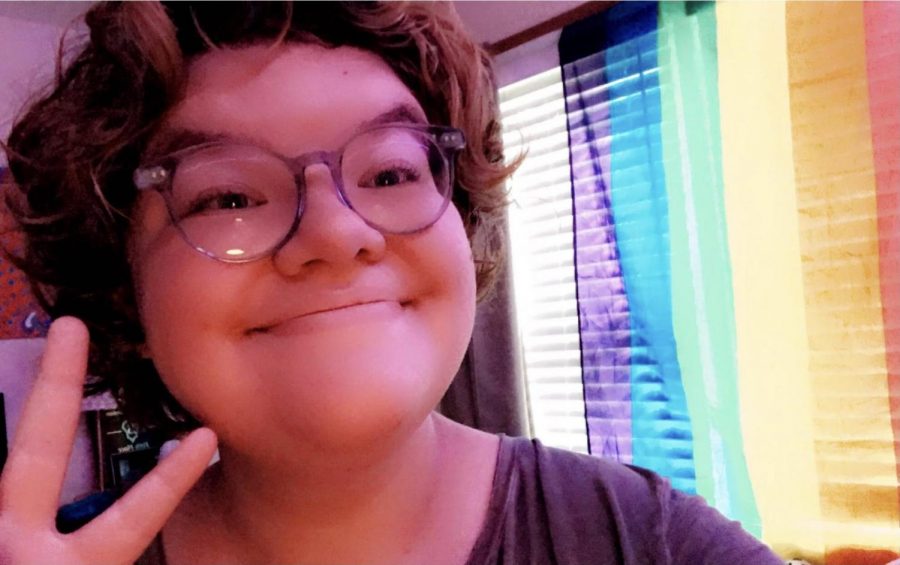 As Pride 2021 ends, many feelings gather among the LGBTQ+ community. Feelings of nostalgia, love, and what the name of the month implies: pride. I came out young and something that I’ve always noticed about pride is that the air feels different. The community feels more like a community somehow, a lot of things feel more possible.

A lot of us seem to rise back to the surface, now that pride month is over. We remember why we have pride month. We have pride because of a riot–the Stonewall Riot. We have pride because of trans women of color, like Marsha P. Johnson and Sylvia Rivera. These women who literally started a riot and led to the rights we do have today. We celebrate them during pride month and as June ends, we remember that although they started this gay rights movement, it still reigns on today.

It reminds me that while I was 14 and closeted when gay marriage was legalized, there were full blown adults who ran to the courthouse after hearing the ruling. They ran because they could get married! Why wait any longer? But I can also imagine that they ran because they weren’t sure if the ruling would or could be overturned. This particular Obama era ruling has not been reversed, but some have.

Looking at just the changes to Title IX protections during the last three presidential administrations, one can see how the LGBTQ+ community’s rights always seem to be up in the air. In 2014, during Barack’s Obama’s administration, he clearly stated that Title IX protects “male and female students; straight, gay, lesbian, bisexual and transgender students; part-time and full-time students; students with and without disabilities; and students of different races and national origins.” (found on pg 12 of this PDF). The act hadn’t been extended to protect members of the LGBTQ+ community previous to this extension.

This clarification of Title IX was used by the Department of Health and Human Services (often referred to as HHS) to extend healthcare antidiscrimination laws, regarding the Affordable Care Act (ACA).

In 2017, Donald Trump used his newfound presidential power to reverse this extension. He did so by limiting what Title IX described as discrimination based on sex, and this had impact on specifically transgender students. This reversal could have easily been encouragement for the recent rise of state anti-trans bills such as those seen in Arkansas. The Human Rights Campaign has found that 117 anti-trans bills have been proposed this year alone–a higher number than they’ve seen in their time as an advocacy group (found here).

Most recently, Joe Biden has also used his newfound presidential power to reverse Trump’s reversal of Obama’s original extension. He did this via an executive order on March 8th of this year (found here).

Again, just looking at Title IX’s changes throughout the last three administrations, there have been 3 major changes in the span of only 7 years. These flip-flops have happened throughout my adolescence, starting when I was 13, and the most recent change being when I was 19. I have been a student on Georgia Southern’s campus for three of those seven years, and people like me have been left in the cold for nearly five of those years. This isn’t acceptable.

It isn’t acceptable for people like me to be protected one day and all alone the next. My community shouldn’t be wary of any policy announcement and wonder if something is being taken from us again. We should be protected in all ways our straight, cisgender peers are.

So again, now that Pride 2021 has ended, major companies are putting away their rainbow merchandise. The glitter from parades start to shine less on our clothes, and we remember that although it will be another year until streets close on our behalf for a parade, our own pride still bears heavy in our minds. Pride isn’t a question, that part of our identity isn’t what we fear with each CNN notification, pride is what makes me write this. That part is what brings us into legislation, as well as what brings us together. Things may feel less possible outside of the month of June, but it certainly isn’t impossible.