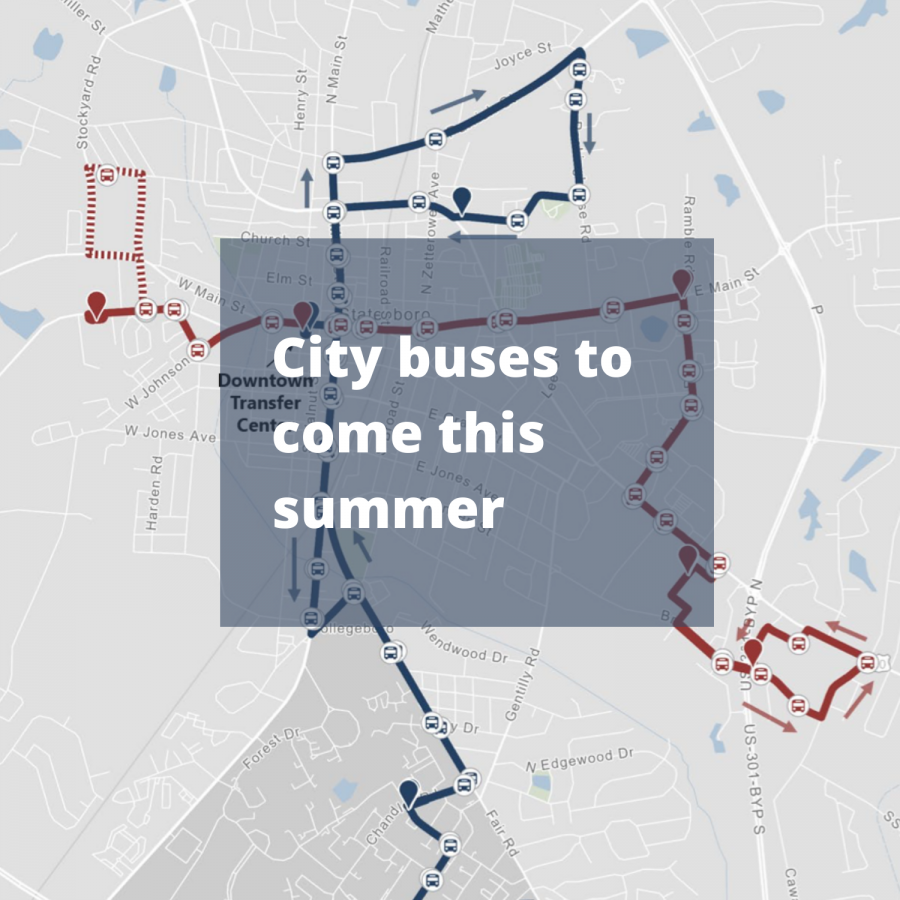 Statesboro’s city bus route set to begin late summer of 2021 has been postponed.

The 10 Ford chassis projected to arrive late summer will now take longer than expected, due to a “delay in manufacturing and delivery of the buses”, says Coastal Regional commission in a recent article with the Statesboro Herald.

Editor’s note: The following article has been updated to include recent developments. The original can be found below.

The city of Statesboro plans to throw excess relief funds into a city transit system that stretches through campus to downtown this summer.

Projected to be implemented by late summer, there will be four city buses, all wheelchair accessible and running from 6 a.m. to 6 p.m. daily. Each bus will run either east to west or north to south with a scheduling app that allows passengers to request pick-ups or drop-offs up to ¾ mile from a typical route.

The federal and state governments are said to be covering the complete cost of the bus program for its first year to give the program a chance to grow.

Students within the community under the age of 22 are offered a one-way 50 cent fare. Additionally, frequent riders can purchase a one-month bus pass for $30 or $15 if they qualify for discounted fares.

Ages 18-59 will be charged $1 per one way ticket,  whereas individuals with disabilities, ages 60 and above, as well as those aged 6-17 will be charged a fare of 50 cents. Those under the age of 5 will be able to ride free with an accompanying adult with a limit of three children under 5 per paying adult.