Women’s soccer tasked with defeating a giant on Senior Day 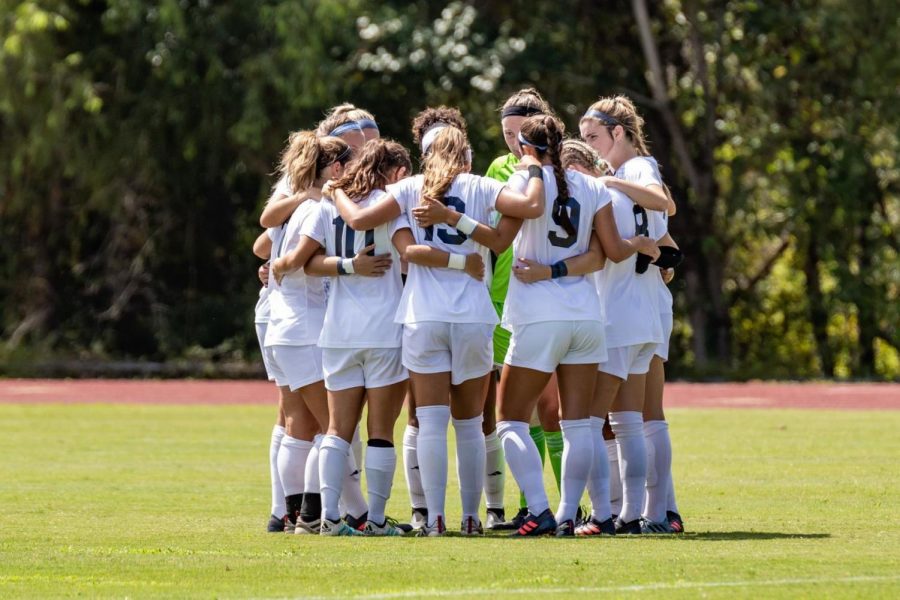 The Georgia Southern women’s soccer team looks to break their three-loss streak sometime this weekend as they take on both Coastal Carolina and Louisiana at home.

The Eagles will first take on the Chanticleers Friday, where CCU will be looking to extend their win streak of two.

The Chanticleers have logged 153 shots for the season and average 12.8 shots per game, as opposed to the Eagle’s 150 shots and 11.5 shots, respectively.

CCU also holds a conference record of 5-1 from defeating teams like South Alabama and Troy.

The Ragin’ Cajuns seem to be in the same boat as the Eagles, with a loss streak of two games and a losing conference record of 2-4.

UL falls behind the Eagles in total shots, notching 120 on the season and averaging 8.6 shots per game.

The game was originally set for Sept. 16 but will be played on Sunday starting at noon in Statesboro.