Eagles clinch bowl game, now where are they going? 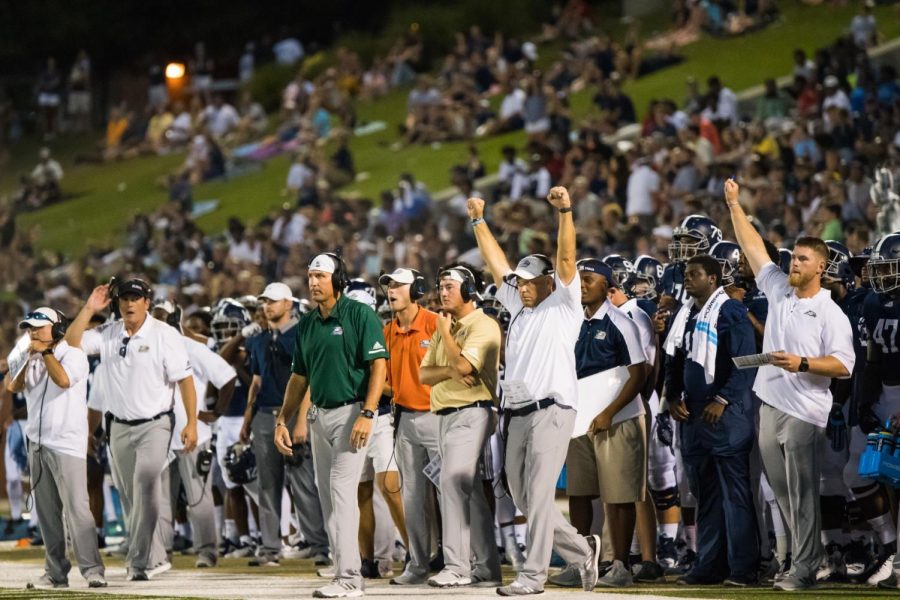 With a 48-31 win over New Mexico State, the Georgia Southern Eagles earned their sixth win of the season and are now bowl-eligible for the second time in school history. This is the same GS team that went 2-10 just a season ago.

The excitement of clinching a bowl game is fun, but then the question of what bowl comes into play. Here are the bowl games that the Eagles are eligible for.

The New Orleans Bowl is played in the Mercedes-Benz Superdome on Dec. 15. This game is a Sun Belt team versus Conference-USA team and would be the Eagles’ second trip to Louisiana in 2018.

Eagle Nation is familiar with this bowl because it used to be the GoDaddy Bowl, where GS beat Bowling Green 58-27 in 2015. The Dollar General Bowl pits a Sun Belt team against a MAC team and is played on Dec. 22. The game is in Mobile, Alabama and would be the Eagles’ lone game of 2018 in the Heart of Dixie.

Montgomery, Alabama is the site of this game played between a Sun Belt team and a MAC team. The Camellia Bowl is one of the younger bowl games, this just being its fifth game. The game will be played on Dec. 15 from the historic Cramton Bowl.

This game would be the most marquee bowl game possibility for GS. It’s in Orlando, Florida against an American team. The American conference is the best Group of 5 team and GS would be matched up against South Florida, Memphis or Cincinnati probably. The Cure Bowl is also played on Dec. 15.

The farthest trip Eagle Nation would have to make is to Tucson, Arizona on Dec. 29. The Eagles would be matched up against a Mountain West team, a conference they haven’t played against since moving to FBS.