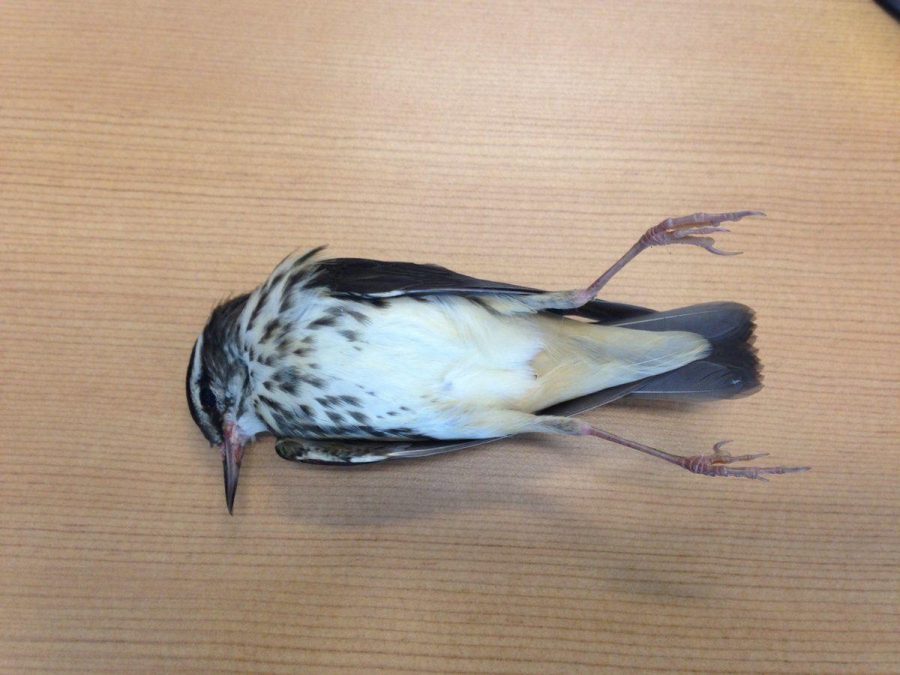 Any type of glass can be a threat to birds, but larger buildings are the biggest threat since they are the most reflective, Ray Chandler, ornithologist and biology professor, said.

Chandler has found dead birds outside every building on campus but has noticed a significant number outside Henderson Library, the Nursing and Chemistry Building and the Biological Sciences Building.

One solution to birds flying into windows is for the university to install bird-friendly glass on campus. Bird-friendly glass is glass with reduced reflectivity, which helps reduce window kills, Chandler said.

“You can change the chemical composition, you can coat the glass, you can do a lot of different things that essentially cut down on the degree to which [the glass] is reflective,” Chandler said. “That makes it look less like a mirror and therefore less likely for birds to fly into it.”

Scott Courdin, curator at the Center of Wildlife Education, said people have tried several methods to reduce incidents like this.

“People will put decoys like great-horned owls or red-tail hawks on buildings to keep birds away,” Courdin said. “The most common way [to keep birds away] is applying things to the windows, like stickers, decals, that type of thing.”

Courdin said that despite these efforts, birds flying into buildings is an age-old issue that has never been completely resolved.

“Reflections and clear glass are an issue for birds,” Courdin said. “If there’s glass and a bird can see through it, it thinks it can fly through.”