Around the Sun Belt: Week 9 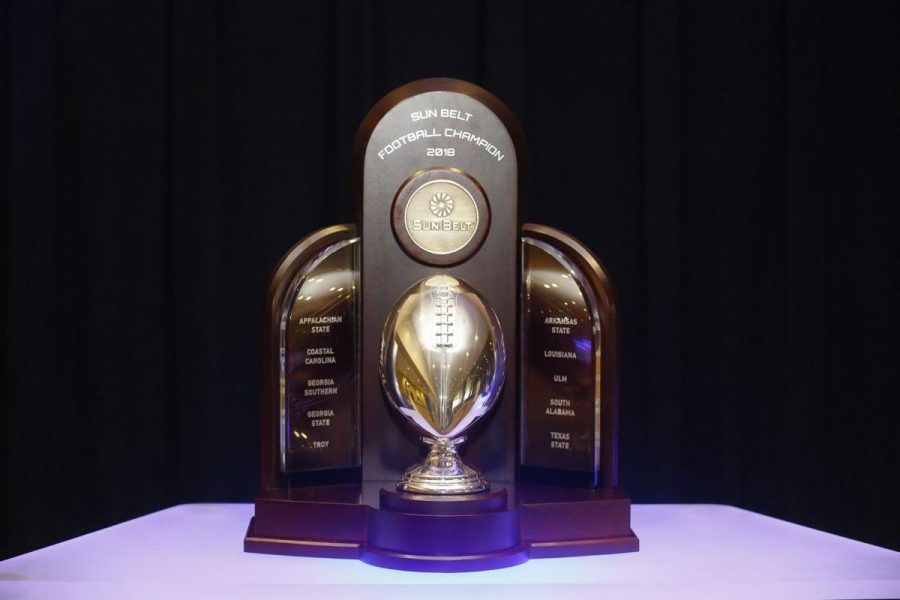 Each week we will give an update of what’s going on around the conference. Here’s a rundown of all the games this past week in the Sun Belt.

Sawyer Smith, who replaced Kaleb Barker in his second start as Troy’s quarterback this season, threw for three touchdowns. Junior RB B.J. Smith ran for a touchdown and 170 yards to contribute to the win. Troy improves to 6-2 and 4-0 in the conference. They are tied for first in the eastern Sun Belt, while South Alabama falls to 2-6 (1-3 in the conference).

In an exciting upset on a cold and rainy Thursday, Georgia Southern took down the first ranked team to come to Paulson Stadium – No. 25 Appalachian State.

Behind Shai Werts’ 57-yard passing touchdown and 129 rushing yards, running back Wesley Fields’ two touchdowns, and the defense’s forcing of five turnovers, the Eagles rolled past their rival to improve to 7-1 and 4-0 in the conference. ASU falls to second in the Sun Belt behind GS and Troy (5-2, 3-1 in the conference). The Mountaineers have lost their ranking, while the Eagles are now number No. 28 in the AP poll.

In a race for third place in the eastern Sun Belt, Coastal Carolina traveled to Atlanta to take on the Panthers. While Coastal took a lead in the first half (20-13), GSU rallied to score three touchdowns in the third quarter.

With a last-minute touchdown and field goal, Coastal rallied to a 37-34 victory. CCU will improve to 5-3 overall and 2-2 in the conference, while GSU falls to 2-6 and last in the conference with a 1-3 record.

Texas State quarterback Willie Jones III’s first game back from injury saw the completion of two passing touchdowns and 110 rushing yards. They prevailed over a struggling New Mexico State, who had two turnovers and three sacks. The Aggies will drop to 2-7, while the Bobcats improve to 2-6 overall but remain 0-4 in the conference.

In a close game in Lafayette, Louisiana, there was a clash between the No. 2 and No. 3 in the western Sun Belt. In an action-packed first quarter, 35 total points scored on offense. Both teams kept the game interesting.

With a score of 43-40 and 1:18 left to play, the Ragin’ Cajuns sophomore running back Trey Ragas ran for 2 yards to secure a touchdown and put his team in the lead. While both teams are at a 4-4 overall record, UL improves to 2-2 in the conference and ASU falls to 1-3 in the western Sun Belt.