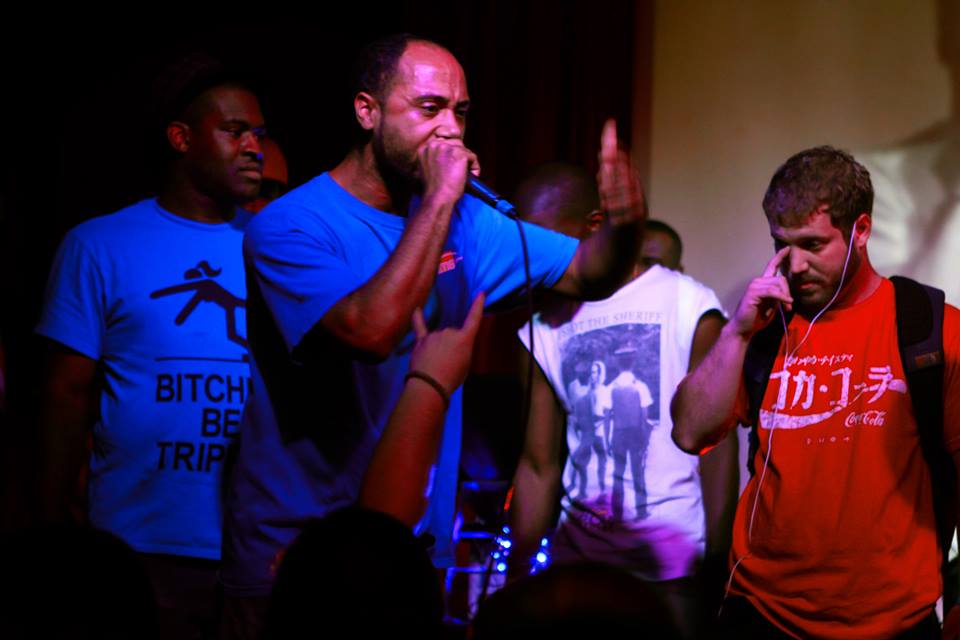 In a town full of punk rock getups and art students, it’s hard to remember that there’s a hip-hop scene as well. Joe Solo is doing his best to change the game for Savannah by making hip-hop more accessible.

Hip Hop Night at the Jinx is one of Savannah’s longest-running weekly events; it’s been going on every Tuesday night for ten years. The idea behind it is pretty simple – aspiring rappers come out to practice their freestyles in an open-mic format, and the BBoyz dancers breakdance throughout the night. Solo hosts the event, taking the mic from people who’ve had it too long or encouraging others who get stage fright.

When he’s not hosting Hip Hop Night, Solo raps under the name SoloCPort. The Inkwell sat down with Solo to discuss his own music career and what it takes to host Hip Hop Night.

Inkwell: When did you start up Hip Hop Night?

Solo: I’m not the original creator; I inherited it, becoming the host of it, from Basik Lee in Dope Sandwich. He’s a great guy, I’ve seen him do a lot of good. I was there [performing] for a while, and through my ties with him I stepped up and asked for it, and now I’ve been hosting since December.

I: What’s your favorite part of the night?

S: Really about anything. I really feel like my job is to push the open topics of everyday person. We go through it all individually, so I’d like to try to address it all. If I had to narrow it, I try to express reality, like the realness of being broke or going through something instead of going at it at a flamboyant angle.

I: Who’s your favorite rapper?

S: I’m so in love with the art itself, I don’t individualize it and give one person that much. I feel that we all have good days and bad days.

I: How have you seen Hip Hop Night evolve over the years?

S: When I got here it was at its height. It was this golden age because of the SCAD connection. And being that there are two different music scenes in Savannah, the SCAD downtown scene and then Savannah, and being that Savannah is a rough city, that’s what has been flourishing down here. There hasn’t been anyone to break the mold for the city to embrace. That’s why I stepped into the hosting scene: I have ties to the city, and I feel that my music is real enough to break all those barriers.

I: Do you feel that the music scene supports itself?

S: It does not. That is the biggest things about Savannah. When I was young, before I even started trying to make music, I was listening to the local scene and everybody was so sided. “I don’t listen to them because I’m from here.” One side of the city didn’t listen to the other side. But when Camouflage came out, he broke through all of that. But with him gone there was nobody else who stepped up. Ever since then, the scene’s been empty. Everyone can rap so everyone’s pushing their own. They push their own friends. You’ve gotta have enough backing by yourself to bring it to the city. That’s where the divide comes from and that’s where it stands today.

I: What does Hip Hop Night mean to you?

S: It was one of the first places I was able to perform openly. That’s why we do it and the different types of open mics. It gives any emcee the place to come perform, to come freestyle.