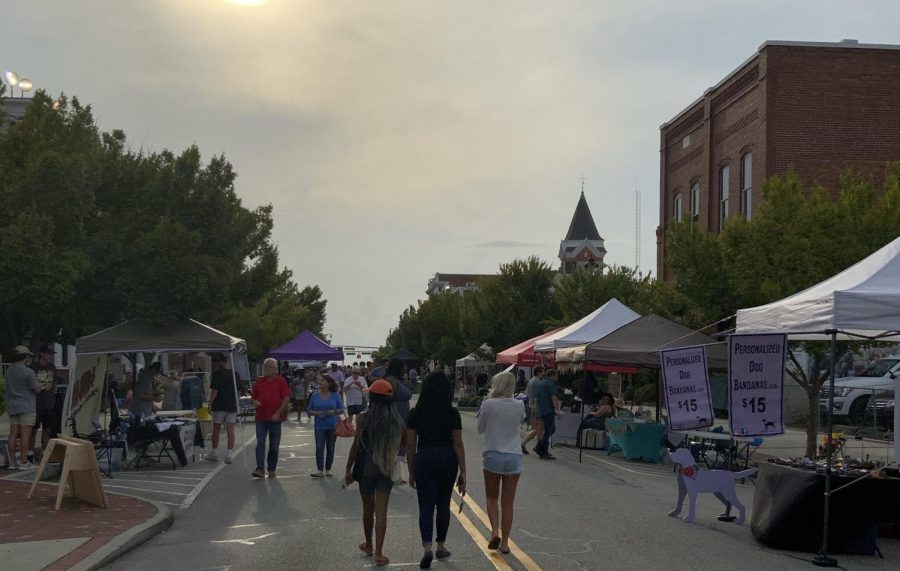 All of the owners had inspiration or reasons for starting their businesses. Kiara, dreams of opening up her own boutique to become her own boss. She is a senior at GS and the owner of K$ Apparel, a Black-owned business that sells both men and women’s two-piece sets, hats and T-shirts with her logo on it. 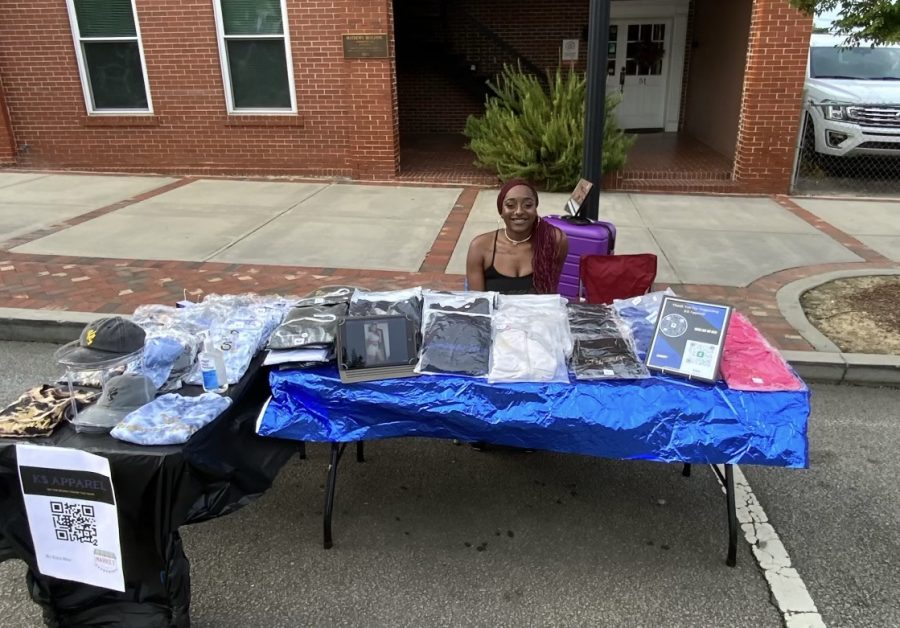 After launching her entirely self-designed clothing line in May, she plans to expand her line in October of this year.

Her advice to other young, Black entrepreneurs is: “Networking is important. Find your people and find the people going through the same struggle as you in this industry.”

Recent graduate from GS, Ginny Tharpe, started her business Twined Fibers when trying to put together her lifelong best friend a going-away gift. 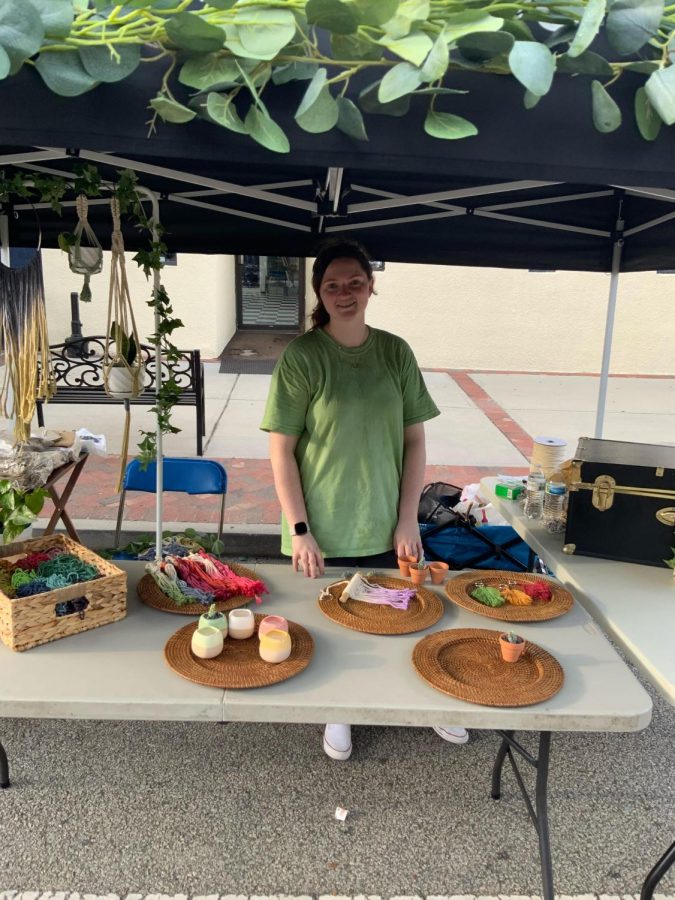 It can take anywhere from an hour and a half to 3 days to make one of her macrame creations, said Tharpe. Friday was her first time selling any of her macrame art. She makes plant holders, bags and many other macrame items.

On a much different side of business is Brianna Allen, an Ayurveda & Integrative health student at the Boston school of Ayurveda. Ayurveda is a Hindu system of medicine that focuses on the idea of balance in the bodily systems and uses diet, herbal treatment and yogic breathing. 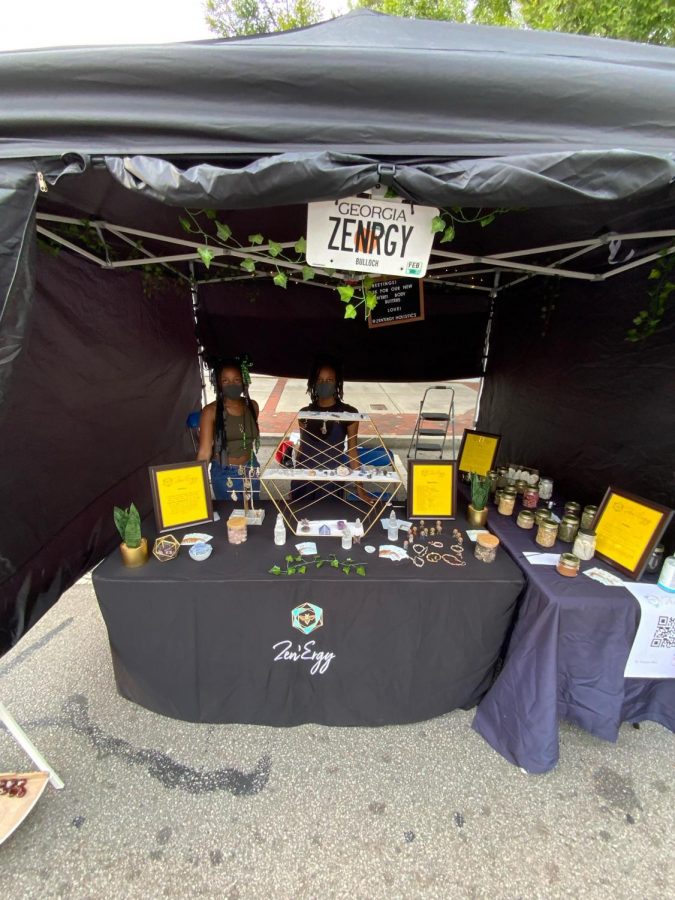 “My mom has her own holistic company and she motivated me to work for myself instead of going the traditional route,” said Brianna Allen, owner of Zen’Ergy Holistics, which sells healing tools such as crystals, herbs and jewelry. “I want to open up a holistics center for wellness.”

Allen became interested in chakras and veganism when she was in 10th grade. Zen’Ergy Holistics is around one year old, but Allen’s end goal is to have her own practice and holistic store.

Statesboro-raised artist, Sarah Conner sold artwork from her business Brush Strokes by Sarah Conner. She is a junior at Augusta State and has been painting since she was 8 years old. 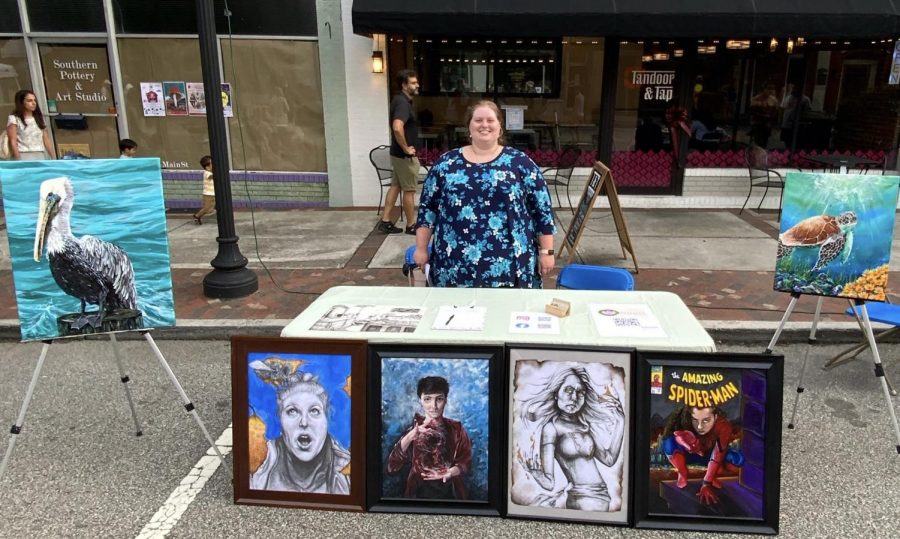 “Put your art out there, it doesn’t matter if you don’t have an audience,” said Conner. Her Instagram offers commission pieces along with paintings that she has done which can sometimes take up to six weeks to complete.

Among the other business owners that attended Market on Main, many of them were excited to just be able to come out and promote their business along with gaining exposure for themselves.