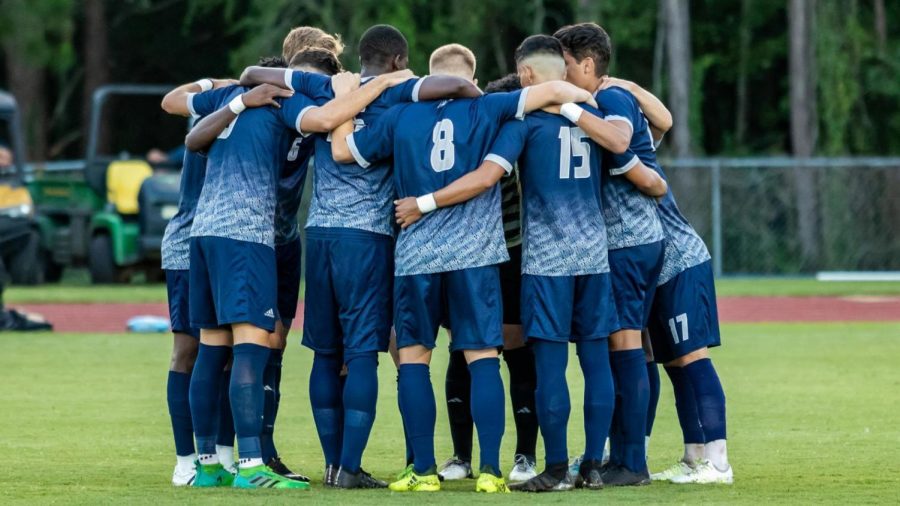 This weekend both soccer teams will be in action as women’s soccer is on the road and playing their last two regular season game, and men’s soccer is at home to host rival Georgia State.

The Eagles will first travel to Jonesboro, Arkansas to take on Arkansas State Friday, October 19 at 4:00 p.m.

The Red Wolves are currently 6-6-2 overall and hold a conference record of 3-4. Along with that ASU as notched 149 shots for the season, averaging 10 shots per game.

Hailey Furio leads the Red Wolves with three goals, 14 shots total, and a shot percentage of 0.214.

From there the Eagles will hit the road and travel to Little Rock, Arkansas to take on the University of Arkansas at Little Rock.

The Trojans currently hold an overall record of 10-3-2 as well as a conference record of 5-1-1.

LR has had an impressive 220 shot total on the season, giving them an average of 14 shots per game.

The Trojans will be a tough match up for the Eagles who are 5-10 overall and hold a conference record of 3-5.

The Eagles fall between the Red Wolves and the Trojans when it comes to statistics, logging 178 shots on the season, giving them an average of 11.9 shots per game.

Tyler Gordon has been a bog contributor to those shots, notching 38 on the season, resulting in one goal for the senior.

GS will be hosting rival as they compete in the second rival matchup between the two schools of the 2018-2019 school year, following the women’s soccer Eagle win over the Panthers.

A Panther to watch out for is Aris Briggs who has logged 3 goals for the Panthers and 14 total shots while playing a total of 641 minutes on the season.

While the Eagles have a less impressive record of 5-5-2, one could argue it’s only because they’ve had a tougher schedule as their statistics show 160 total shots on the season, giving them an average of 13.3 shots per game.

An obvious Eagle threat is senior forward Javier Carbonell who leads the Sun Belt with his 13 goals on the season and 45 total shots.

Adam Davie follows behind Carbonell on individual statistics with five goals and 25 shots.

The match will begin at 7 p.m. Oct. 20 at Eagle Field and will be streamed on ESPN+.