Hurricane Michael crosses over Georgia as a category 3 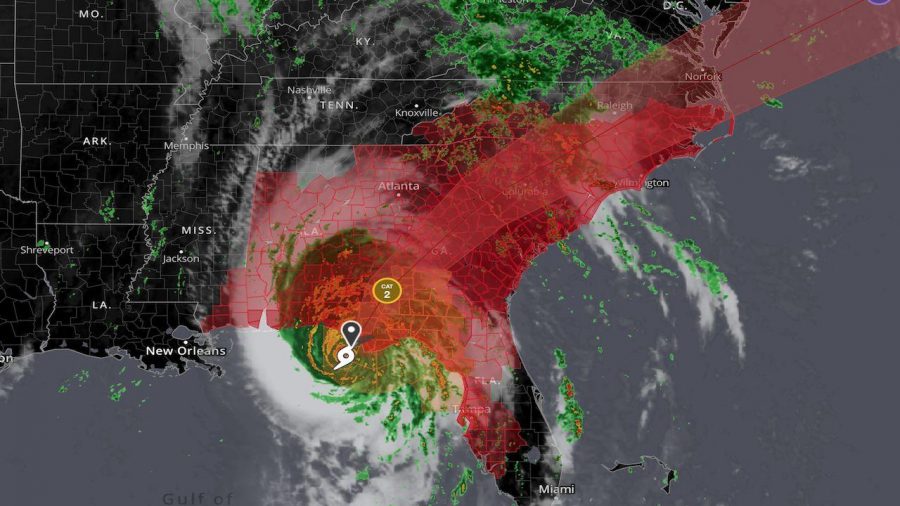 Hurricane Michael has 150 mph winds and is moving northeast at 14 mph. A Category 4 or stronger hurricane has never made landfall in the Florida Panhandle.

According to a 5 p.m. update by Bulloch County Public Safety/EMA, Hurricane Michael has sustained winds at 125 mph.

Georgia continues to be under a tropical storm warning and a tornado watch. According to Bulloch County Public Safety/EMA, tropical storm force winds are expected in Statesboro around 9 p.m. and will continue until Thursday morning around 10 a.m.

According to a 4 p.m. update by the National Hurricane Center, Hurricane Michael will continue to produce life-threatening, hurricane-force winds well inland across portions of southwestern Georgia this evening, as the core of the hurricane continues to move inland.

The NHC warns that heavy rainfall could produce life-threatening flash flooding into portions of southeast Georgia.

According to Bulloch County Public Safety/EMA, some downed trees and power lines are possible. Power outages are expected.

The hurricane is expected to die down to a Category 1 by Thursday at 2 a.m. as it travels further to Atlanta.

The George-Anne will provide more information as it becomes available.

For updates on the closing, visit the GS alert page.