GS' AAUP demands mask mandate: 'We did it before. We could do it again.' 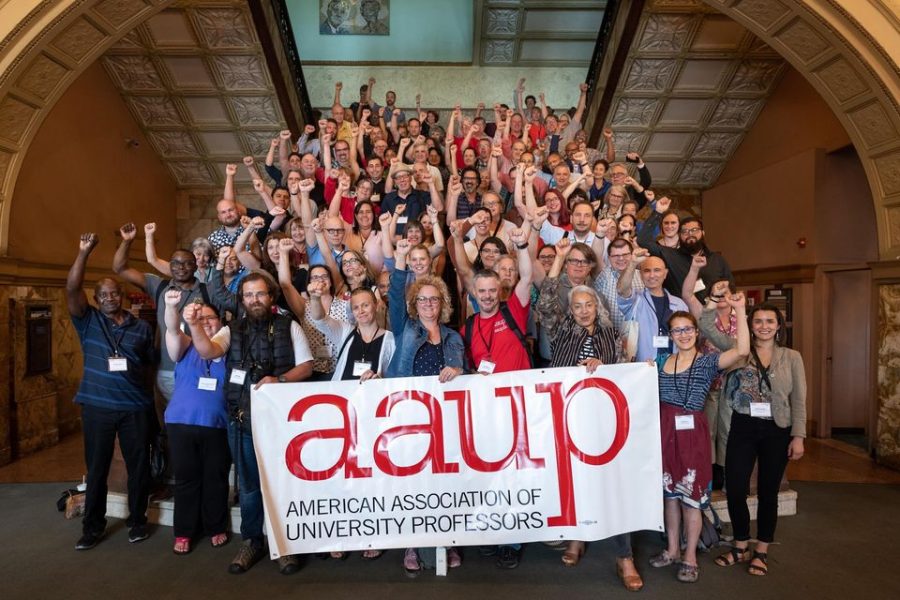 “We know that COVID is raging right now throughout the state, particularly in Bulloch and Chatham Counties,” said Michelle Haberland, President of GS’ AAUP. “We’re at record numbers, and we’re not following CDC guidelines.”

According to the CDC: Masks should still be worn in addition to staying at least 6 feet apart, especially when indoors around people who don’t live in your household.”

“We’re not doing that, and we want our students and faculty and staff colleagues to be safe,” said Haberland. “The protest is directed at the Board of Regents (BOR) and the University System of Georgia (USG), for they have the control to require not only a mask mandate, but they could also require vaccines.”

USG has the power to mandate a vaccine during an epidemic, according to its policy manual.

Protests start Monday at 10 a.m. for 30 minutes and continue the next day at the next hour through Friday. For example, Tuesday’s protest begins at 11 a.m., Wednesday’s begins at noon and so on.

Faculty will protest at the public forum, a grassy area next to the Rotunda, staggering protest times to “minimize effects on classes and students,” according to a press release by the Georgia AAUP.  “This is not a walk out or work stoppage or strike. We are not disrupting instructional time.”

Across the state, Georgia AAUP members organized protests throughout the week at over a dozen campuses.

“I think that the fact that this is going to be simultaneous protests really does show and demonstrate a lot of solidarity among faculty, students and staff across the state,” said Haberland

GS’ AAUP’s main goal is clear: “A mask mandate, straightforward,” said Haberland. “We did it before, we could do it again.”

Editor’s note: Contacted by email, Director of Communications Jennifer Wise said GS had no information on anything scheduled for free-speech zones on Statesboro’s campus. Wise did not respond to requests for comment from a university official about the planned protests.