Revisiting five questions from preseason, halfway through the season 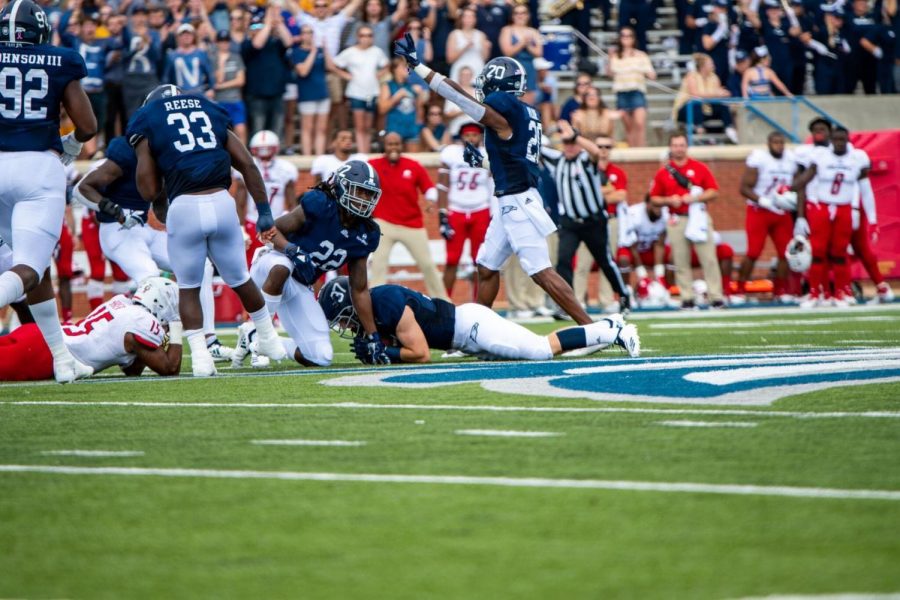 The Georgia Southern defense has been dominant after shifting to a 3-4 formation.

Way back in August, there were five big questions to be answered ahead of fall camp and the first full season for Chad Lunsford as head coach. At 5-1, the Eagles are ahead of schedule as far as returning to the national spotlight.

Here are answers to the questions asked preseason with six games of work to look at.

How secure is Werts’ starting role at quarterback?

Werts has been dynamic in his runs and plays more confident than he ever did last year. His arm has also improved exponentially, throwing for more than 400 yards and finding the endzone through the air four times.

So his starting role is very secure.

As far as the backup situation, redshirt-senior LaBaron Anthony is the immediate backup, but has seen the field in just a few plays after Werts took a big hit.

Just how dominant can the secondary be?

The defense was expected to be strong this season, but the secondary has been lights out. Junior cornerbacks Monquavion Brinson and Kindle Vildor have combined for 65 total tackles, 11 pass breakups and two interceptions. Senior safety Josh Moon has continued his production from a season ago as well, coming down with 34 tackles and an interception.

The rotating linebackers with Tomarcio Reese, Rashad Byrd, Jay Bowdry, Todd Bradley and Chris Harris Jr has resulted in two Sun Belt Defensive Player of the Week awards and 96 total tackles. Byrd and Reese each have an interception as well.

Who is going to be punting for the Eagles?

As expected, redshirt junior kicker Tyler Bass has also attempted punting the ball, proving he can do it all for the Eagles. Bass has punted the ball three times, averaging 47 yards per punt.

Even Werts has gotten in on the fun, kicking the ball on a fourth down pooch kick against South Carolina State for 40 yards.

How much of a toll will moving to a 3-4 defense take on the defensive line?

As alluded to earlier, the defense has been elite. A great deal of the success has come from the change to a 3-4 defense, allowing the four in the backfield to be more versatile.

Is this the year a GS kicker wins the Lou Groza Award?

Tyler Bass has been perfect through six games, going seven for seven on field goals and 20 for 20 on extra points. 69 percent of his kickoffs have been touchbacks. He even has four tackles.

Bass has been clutch and consistent all season, just as Younghoe Koo was in 2016, when Koo was a Lou Groza Award finalist.

Looking at it nationally, Bass is one of just four kickers who is perfect on field goals, joining Wyoming’s Cooper Rothe, Michigan State’s Matt Coghlin and Coastal Carolina’s Massimo Biscardi.

And Bass has one of the better legs in FBS, having kicked a 50 yarder against Massachusetts.