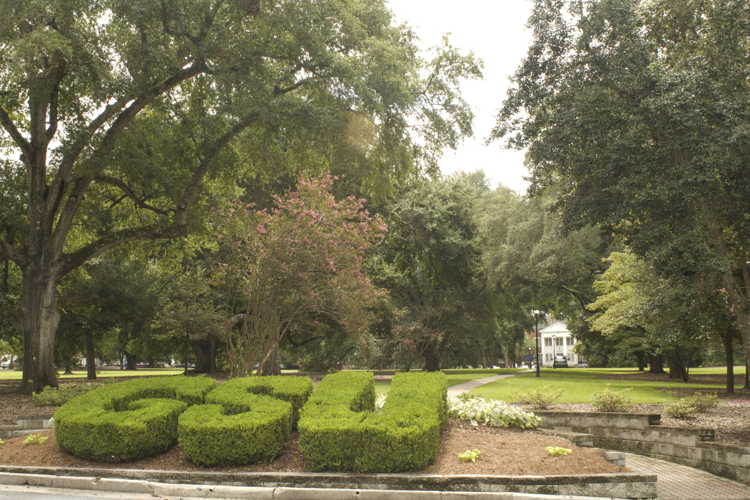 A video posted by a student on Twitter depicts a Georgia Southern University professor using the N-word during class Monday.

Nugent said the class was discussing a book “The Wretched of the Earth” by Frantz Fanon which includes the N-word in its text. However, Nugent said the professor was not quoting the book when she used the word.

“She was just saying random things using the word,” Nugent said. “I was just, like, ‘how is this a quote in the book if I have the chapter and looking at the page, I’m reading it.”

Nugent said McCurdy was using the N-wrod to explain the way she grew up and was offended the way people use the word redneck.

Nugent said the first video was taken after McCurdy allegedly said the word.

“So, he’s a black man,” the voice on the recording said. “Why is it uncomfortable for a white woman to quote a black man? Saying a word that, lots of people are now saying that we shouldn’t use the word, but that’s not changing the fact that you can walk across campus and hear the word.”

Nugent can then be heard giving a response.

“I feel like, in 2018, I shouldn’t have to explain to any white person why they shouldn’t use that word,” Nugent said.

A second video was posted by Nugent on the thread of the original tweet that depicts the voice using the actual word.

Jackson Lewis, another student in the class, said the professor was making a statement that even though Fanon was incredibly educated he was still viewed as an “N-word”.

“…His intellectual abilities, says to an older white man, ‘You just think I’m a ni**er,'” the voice said. “That was earth-shattering, right? In a way that that statement doesn’t have the same sense for this age group, because it’s a word, just as another word, that we used all the time, that was used all the time, that I actually didn’t hear until I got to college.”

Lewis said the professor had not discussed prior to the discussion about saying the N-word, nor did she consult the students of color in the room before saying the derogatory word.

Not the first time using the N-word

Both Lewis and Nugent said this was not McCurdy’s first time using the racial slur.

Nuguent said the professor used the N-word in class on Oct. 19. Nuguent reported the incident to Department Chair Barry Balleck.

Nuguent said Balleck had met with the professor who had to attend sensitivity training at the Armstrong campus and was under supervision.

Nugent reported the professor’s second usage of the N-word and documented it in videos shown above.

“I have informed my Dean and we will be addressing this matter with Dr. McCurday as soon as we can schedule a meeting between the three of us,” Balleck said according to an email shared by Nugent.

Lewis said that McCurdy usage of the N-word more than once is inexcusable.

“Dr. McCurdy made the excuse that we needed to be exposed to the word in order to understand its history,” Lewis said. “This is a vacuous argument to make, because the weight and meaning behind this word is not firmly rooted in the past. People of Color still have to deal with the attitudes and ideals that spawned such hateful language. To make a statement such as that is to be willfully ignorant of the history of our country and the effects that reverberate and shape our ideological landscape even today.”

Response from McCurdy and the university

McCurdy directed The George-Anne to the university’s office of Marketing and Communications who has not replied to a phone call or email sent on Tuesday.

Tori Collins contributed to this article.

Brett Daniel contributed to this article.