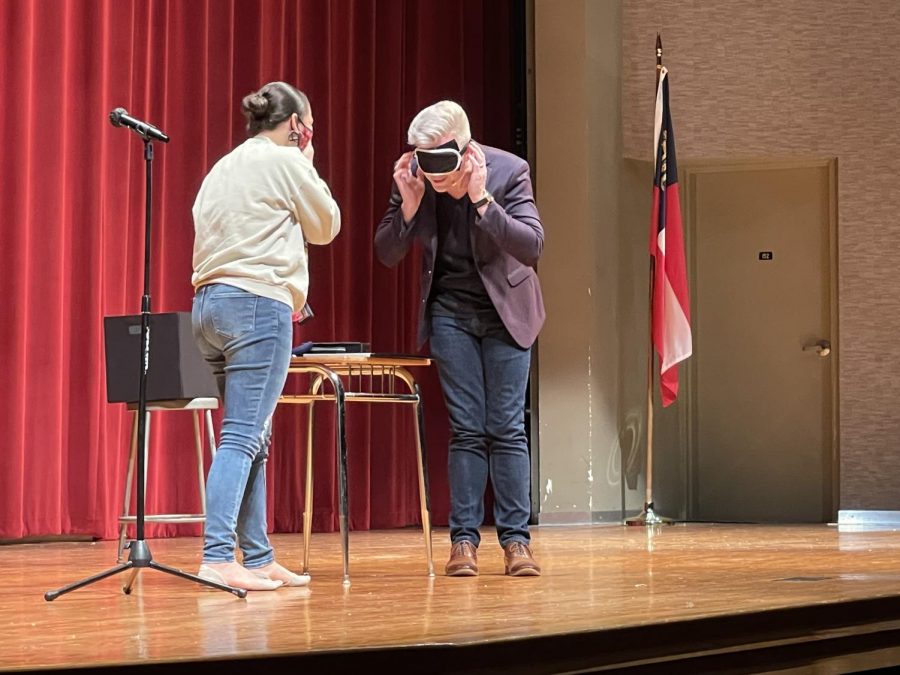 Mentalist Brian Ledbetter provided laughs, mystique and a little bit of telekinetic energy to Armstrong students when he performed Thursday, Sept. 16 in the Fine Arts Auditorium. His act includes a variety of different phenomena, including mind reading, magic tricks and more.

Almost every act included members of the audience who had never met him before, and many of the illusions involved information about these audience members that he could not have known going into the show.

After the show, Ledbetter met with the students who attended and was happy to converse with all who attended. Students were unanimously pleased with the show and baffled by what they saw.

Ledbetter was also kind enough to answer several questions from the George-Anne Inkwell, and opened up about his past and how he got involved in magic and performance at a young age.

“There was a time when I had to choose if I wanted to be an actor or a magician. I figured I’d have a better chance of paying the bills if I’m a magician, so I ended up going that route.

When asked about his favorite role as an actor, he said, “Probably the last show I did, which was “Wit” and I played Dr. Posner. It’s just a heart-wrenching play, it’s a tear-jerker for sure. So that was probably my favorite because it was the most meaningful and the deepest.”

Ledbetter also described the differences between performing in front of a pre-pandemic crowd and performing for crowds today.

“It was a smaller audience, which totally changes the dynamic of the show. It just gives it a different energy because it becomes more intimate, so it gives you more opportunities to connect with people on a more personal level.”

The nature of Ledbetter’s act involves the unpredictability of having audience members sharing the stage with him, which carries a level of risk.

“Usually if somebody wants to be the superstar it’s pretty harmless… I’m fortunate enough to not have to deal with hecklers or people who try to throw things off-course… I try to show that we’re all here for the same reason: To have fun, so let’s all have fun together. I feel like trying to convey that energy sort of alleviates any real chances of
problems.”

Those who missed the talented mentalist will have to be on the lookout for his next appearance in Savannah, as he had an early flight to Pennsylvania the next morning for his next performance.