Is Bad News Your Business? 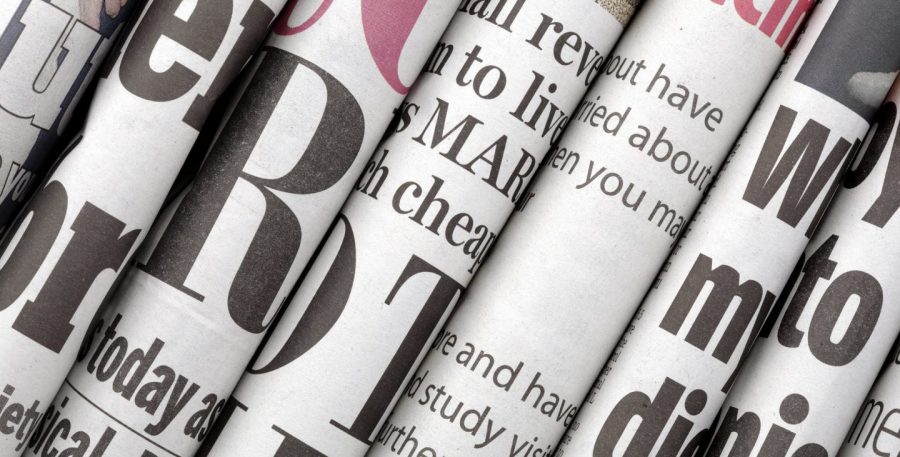 The news always seems so negative these days. When you scroll by the trending or news tabs of your social media of choice it’s always rumors of war, possibilities of new threats, or potential world ending disasters. There’s hardly ever any good news. While it may feel like it’s always bad news, that may not be the case.

People tend to react more strongly to negative news than positive news. Losing a hundred dollars hurts more than how good it feels to get a hundred dollars. Negative news sticks with people and hits them harder. It captures their attention more than a positive news story does. A dog saves a kid from drowning in a river? That’s wholesome, a good boy saves a good boy. What do you mean my favorite celebrity died?! What is this world coming to? I’m going to pay attention to this story for the next two weeks.

Media outlets pay attention to these trends. They are more than aware of this. It’s why positive stories get a short ten minute segment on your local news while the big negative news stories get 24 hour coverage. This bias towards negative news inevitably leads to a feeling among readers and viewers that all the news is negative. The rise of the internet and global connectivity has only heightened the issue. Now, you aren’t just hearing your local region or your country’s bad news, you are hearing everyone’s bad news. It’s why a lot of older folks think the world has gotten so much worse. The overall amount of bad things happening in the world is relatively similar to their time, but now they are able to hear the entire world’s bad news.

In a study titled Why Is All COVID-19 News Bad News? conducted last year, Bruce Sacerdote, an economics professor at Dartmouth College, alongside researchers Ranjan Sehgal and Molly Cook, analyzed news coverage regarding COVID-19 and determined how much of the coverage was positive, neutral, or negative. They ultimately found that, no matter what the overall positivity or negativity of the news was, the media tended towards negative language.

Furthermore, U.S. national media was much more negative than local or overseas outlets. The study concluded that, “Overall, we find that COVID-19 stories from U.S. major media outlets are much more negative than similar stories from other U.S. outlets and from non-U.S. sources.”  In addition, they found that the negative articles were much more popular than positive articles. As for why the U.S. national news outlets are more negative than international outlets, the study theorizes that it is due to the fact that the U.S. media market is less concentrated than other nations. The U.K., Canada, and Australia all have publicly owned news outlets that are the number one source of news in their respective countries, while America has multiple privately owned outlets competing with each other. The study thinks that, “This higher level of competition may cause U.S. major media companies to use negativity as a tool to attract viewers.”

So negative news receives more attention than positive news, and even more so in the U.S., but what does this mean for you? Everyone has been more anxious lately. It feels like the world is always on the brink of disaster, and the constant feed of negative news can’t be good for your mental health. While reading the news and being aware of happenings around the globe is a good thing, self care is important. If you wake up each day checking the news, and see nothing but negative stories it is going to affect you. It colors the rest of your day and how you see the world. It is important to remember that it isn’t always as bad as you think it is. Sometimes it is, but more often than not excessive negative reporting can lead to heightened anxiety and worry in readers. It’s important to unplug every now and then, but another thing you can do is curate your news feed. Look for stories or outlets that focus on positive stories. If all else fails, there are plenty of social media accounts who post daily pictures of cute animals. Those are always winners.