Education Has No Age

Meet a Georgia Southern Student Thriving In Their 70’s 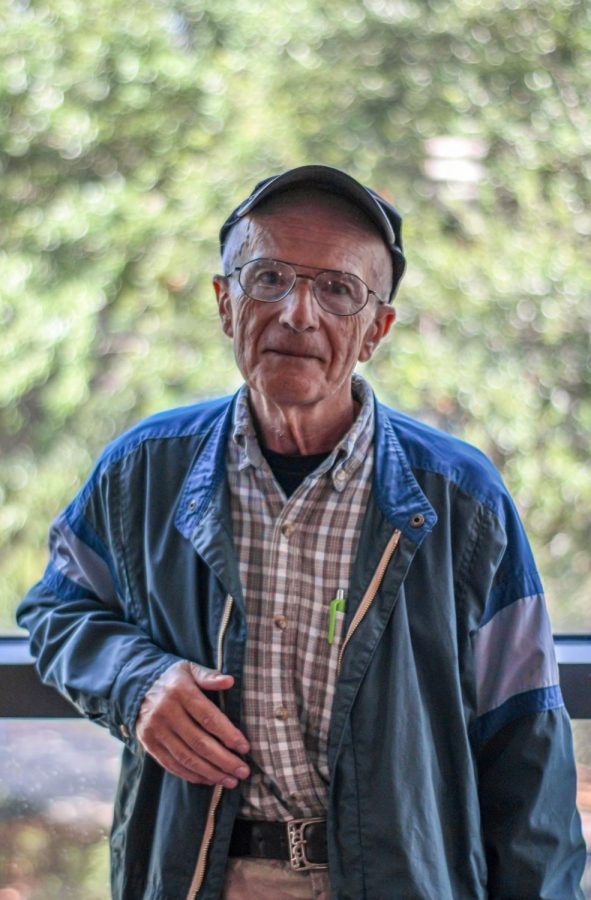 Georgia Southern is bustling with enthusiastic students, eager to be back on campus and one step closer to their dream jobs after graduation. Sitting in any given classroom is most likely 18-22-year-olds, but every so often a non-traditional student will stroll through the pedestrium, backpack in hand, proving that education has no age.

Devoting yourself to a degree is no easy task when you are older, have a family, or are starting from scratch in a career. If you are all three, some may say it is impossible to go back to school. Although, it was a very easy decision for Jean Vintilescu, a Master’s student in his 70’s.

Vintilescu immigrated to America from Romania in the 1980’s when it was still a communist country, in order for his two sons to have a better future and life. Originally he moved to Florida and worked for many different companies in Engineering Automation.

One of his sons lives in Washington D.C., and one in Georgia, so that brought Vintilescu here after working in a variety of states. He has four granddaughters, and one is in the Air Force in Tampa, Florida.

After all of the hard-work in the engineering field, Vintilescu retired for a few years. “After a while, I realized that this retirement was not for me,” he exclaimed. “Being a retiree, you don’t have a structure or activities.”

“I like what I’m doing, learning languages and different kinds of things, and my mind is working very well even better than when I was a bit younger,” he said when discussing his decision to go back to school after retirement. Later mentioning that,“I didn’t feel my age being in class, I was just like a regular student.”

Vintilescu knows many different languages including Romanian, English, French, German, Spanish, and he is starting to learn Chinese. “Learning a language, in my opinion, is life saving for the mind,” he said. Focusing on learning new languages is what first led him to taking classes at Georgia Southern.

After taking courses in language, geography, politics, and more, Vintilescu realized that international studies piqued his interest the most. He graduated last year with a degree in international studies, quite different from his previous studies in engineering automation. He is now in the pursuit of a Master’s in Public Administration.

“Surprisingly I got a GPA of 3.92, which you know, I got good grades because first of all I have to perform, I didn’t want to go unprepared because I am among young students,” said Vintilescu. “I have to be sort of an example, you know.”

Mentoring other students in subjects like engineering or calculus, helping out his family, going to the local movie theater, studying at Henderson Library, and strolling Georgia Southern’s campus are other ways he spends his time. Vintilescu described the campus like walking through a botanical garden, saying, “It’s a very quiet and meditative way to keep your mind calm and relaxed.”

Vintilescu attributes his love for this campus to the professors as well, because of their dedication to their subjects and the learning environment they create for their students.

He meets with Jacek Lubecki, an international studies professor and friend, to discuss World War 2 and books they are reading over coffee at Three Tree. Professor William Biebuyck is who Vintilescu attributes his choice in studying international studies to, and Professor Olga Amarie is who persuaded him to get a BA in the first place.

Professor Marcela Ruiz-Funes encouraged him to continue with his Spanish classes, and Rochelle Cote in the Registrar Office has always been there to help with any administrative issues he had. “Many professors guided me from different areas so whenever I have questions or want to learn more they are very helpful,” Vintilescu kindly said.

Originally, he did not plan on getting another degree, but these professors really encouraged him. Vintilescu stated, “I never even dreamed five years ago to get a MPA or something like that. It was something unexpected and it wasn’t planned.”

Vintilescu plans on graduating with a Masters in Public Administration in 2022, and getting a job in the local government in Statesboro or the surrounding area.

When asked what advice he would like to leave with the Georgia Southern community, he said, “Don’t be afraid to fail because the more you fail, the more you learn. Having only success is okay, but it is not giving you the full story. Don’t give up and don’t be afraid to learn and approach new things.”

From Jean Vintilescu, I have personally learned that life is a series of choices, whether they are for your family, your relationships, or for yourself. The choices you make could lead to regret, but more often than not they lead to resilience and growth.

Finally, it is never too late to change the trajectory of your life, and start a new journey. A choice is never permanent if you do not let it be the end. I have made a new friend this week, and I hope you all feel as though you have too after reading his story.