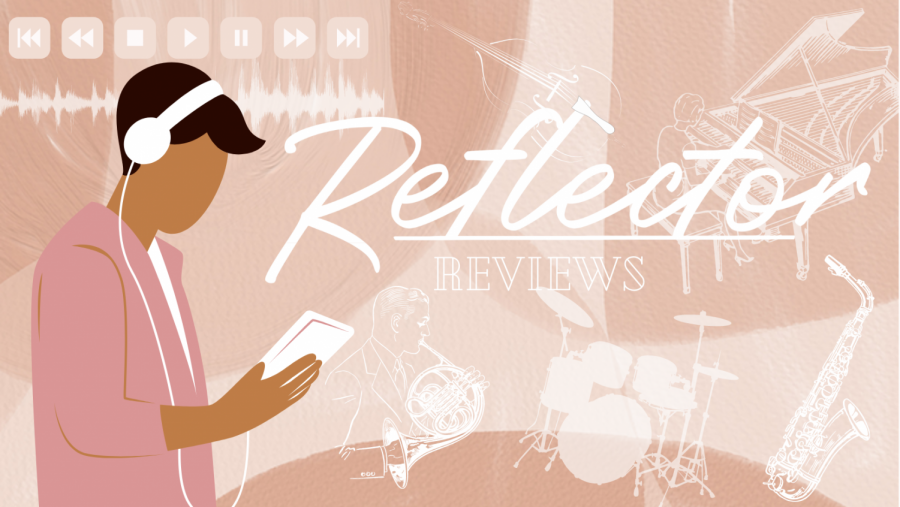 After multiple listening parties and weeks of anticipation, Kanye West’s 10th studio album, Donda is finally here. The inspiration behind the album is his late mother, who passed away from coronary artery disease in 2007. The album comprises 27 tracks, with more than 10 features from other rappers, making the play time almost two hours long, which is a lengthy amount of time for any album.

Donda comes after West’s ninth album and first gospel project, Jesus Is King, an album that was seen as a miss to many critics and artists in the rap community, though it wasn’t even a rap album at all. While Jesus Is King was full-blown gospel, Donda incorporates more genres that Kanye fans are used to, like rap and R&B. West’s newest album seems to blend together the sound of a few of his previous works. It has these wonderfully sinister beats under lyrics of gospel. Donda is Yeezus meets Ye meets Jesus Is King.

While listening to Donda, the lyrics of many tracks, such as “No Child Left Behind”, sound angelic and are filled with faith. Meanwhile the beats and chord progressions have heavy hints of hard rock and rap. What sounds like a recipe for disaster has actually blended together quite smoothly. The hard drums and heavy guitar sounds pair nicely with the voices of West, the Weeknd, Kid Cudi and more.

The album’s first track is “Donda Chant”, which is the word “Donda” recited over and over again, apparently to West’s mother’s final heartbeats before her death. The chant sets a tone for the album; as any loyal Kanye fan knows how much the Chicago artist loved and valued his mother.

After the Donda Chant intro is over, the album takes a turn to “Jail”. On this track, West is accompanied by none other than New York’s very own, Jay-Z. This collaboration was long awaited, as the pair’s history goes way back, with their critically acclaimed creation of Watch the Throne. “Jail” did not disappoint, as it’s everything a Jay-Z and Kanye West collab should be. It’s entertaining. The lyrics are catchy. The album couldn’t have a better first song, respectfully.

The hits don’t stop there. It merely starts there. The dark tones of the album continue – and boy, does it deliver. “Hurricane” featuring The Weeknd sounds so soulful and adds to the gospel embodiment of the album. “Moon” featuring Kid Cudi, complemented with background vocals by Don Toliver, is very reminiscent of Kids See Ghosts, the collaborative album by West and Kid Cudi.

While several tracks on the album are exceptional, the length of the album becomes redundant, as there are part two’s to multiple songs on the album, “Jail”, “Ok Ok”, “Junya”, and “Jesus Lord”. These additional tracks take away from the production quality of Donda. While the album is 27 songs long, these part two’s make the album seem unfinished and feel like an indecisive move on West’s part.

While the production itself is fantastic, it is the executive decisions and quirky marketing tactics that takes away a bit of the beauty and superiority of the album. What (at first) seems like it is destined for greatness, falls short as the album continues.

Overall, the album is a solid addition to West’s discography. It falls short of My Beautiful Dark Twisted Fantasy, but rather seemingly falls into place somewhere between Yeezus and Jesus is King.

All in all, I’d give it a 7/10. It’s definitely an album I’ll include in my listening rotation for the time being (along with Drake’s Certified Lover Boy and Kacey Musgraves’s star-crossed—album reviews are to come).