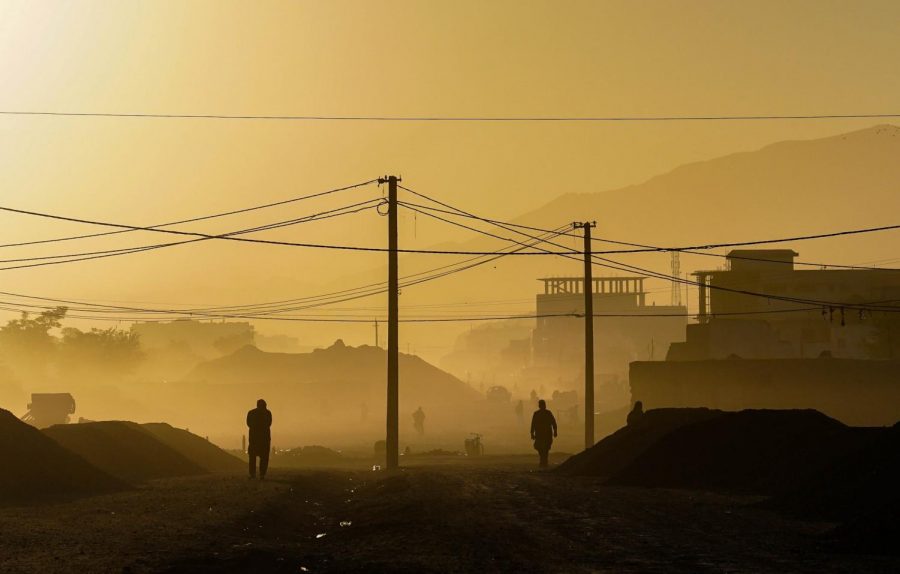 As of August 31, 2021, the United States has fully withdrawn all troops from Afghanistan. This ended the longest war in United States history, a war that began 20 years ago. Most college students today were either toddlers or yet to be born when the war first began, so it is understandable why many aren’t the most informed on the topic. Many of us weren’t around to experience the beginning of the war and lack the context for it. It has remained a constant part of our lives, but far enough away from us that we never really had to learn about it to live our lives. Now today, as the end of the war is major news and the American youth participates more in politics, it is important to see what we can learn from America’s longest war.

To understand the reasons behind the war in Afghanistan, it is important to hear from those who were adults living through the beginning of the war. To that end, Dr. Jacek Lubecki, Associate Professor of Political Science and International Studies, answered a few questions on the conflict as someone who has heavily studied the topic.

Why were we in Afghanistan in the first place? Dr. Lubecki says that it was in response to the events of September 11, 2001. “The purpose was to respond to 9/11 by attacking Al-Qaeda in Afghanistan and the Taliban protectors and sponsors of Al-Qaeda, which controlled at the time 85% of the country, who in turn were sponsored by the government of Pakistan.” Afghanistan was harboring the group responsible for the worst terror attack in United States history, so America invaded. Simple right? Not quite. As Dr. Ludecki mentioned, the Taliban did not have full control of Afghanistan at the time of the attacks. The Northern Alliance was a group made up of leaders of the previous state of Afghanistan and various ethnic groups who disagreed with the Taliban’s rule dedicated to fighting the Taliban’s control of Afghanistan. To divide further still, the attacks on the World Trade Center were not unanimously supported by the Taliban or even Al-Qaeda. “There was a significant faction within the Taliban who saw the whole venture as foolish and catastrophic for the regime. They were not happy with Al-Qaeda,” said Lubeck. He further added that there were even members of Al-Qaeda who dramatically left the group or even went to the side of the United States in protest to the atrocity. Even in the present, further fractures form as a new group, ISIS-K, are claiming to be the one true Islamist group and have performed attacks on the Taliban and the United States’ evacuation in order to draw attention to their cause.

Of course, all of these important distinctions and separate factions mattered little to the American people at the time. The moment that the attacks took place, there was no going back. War was inevitable, the people of America wanted revenge. Perhaps it was that desire for swift justice that caused us to make mistakes. Mistakes that have resulted in the Taliban going from control of 85% of Afghanistan, to near full control of the country. “One frame of thinking about Afghanistan is that it is Vietnam all over again, and that means we learned nothing,” said Ludecki. He believes a lesson we should take from Afghanistan is that, “Creation of friendly, stable, resilient government in certain places of the world is a difficult task.” Dr. Ludecki does note that the inevitably of war after 9/11 would force us to deal with the consequences of attempting to perform this difficult task. The difficulty of the task was further exacerbated by the fact that American public opinion shifted. After 20 years at war the public had no will to continue fighting what seemed to be a war that would last forever.

“The real lessons of the conflict in Afghanistan is most often invisible to the American public.” says, Dr. Lubecki. Especially in the way the media frames the war as generic Afghans fighting other generic Afghans, when in reality, Afghanistan is a multinational state with many different ethnic groups each with their own complex histories and unique cultures. For example, the Northern Alliance who resisted the Taliban were primarily made up of three ehtnic groups, the Uzbeks, the Hazaras, and the Tajiks. Each of these groups speak completely different languages, look different from each other, and tie their heritage to different cultures. And yet, if you were to ask most Americans, these are all just generic Afghans. Our lack of understanding of these cultures was a large detriment to our cause, and a large benefit to the cause of the Taliban, who were largely made up of Pashtuns. The Pashtuns had the advantage in uniting the various groups within Afghanistan against the United States because Islam was the prevailing ideology of the region. This is one of the reasons the Taliban were able to hold onto power and now easily assume control after the United States left.

So what now? What does the future hold for Afghanistan? Will the new Taliban regime attempt to be more moderate to appeal to other nations? Will they become more radical in response to Isis-K? “Anybody who claims to know for sure what the future of Afghanistan will be is foolish.” Dr. Lubecki believes there to be too many unknowns for the future of Afghanistan to be predetermined. Too many factors are currently up in the air to say anything for certain on the future of Afghanistan. What will always be important however, is being informed on the topic and understanding what went wrong and what we should learn from these events for the sake of a better future. The mistakes of the past must be learned from, or we are doomed to repeat them.