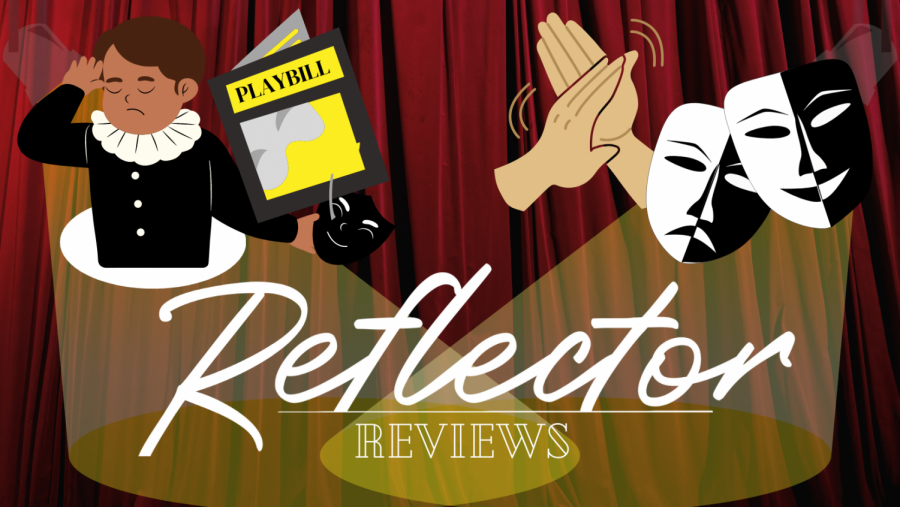 Last Wednesday, the GS Theatre department debuted their first show of the semester, Medea by Euripedes. Directed by Lisa Abbott, the Greek tragedy told the story of a woman scorned. Medea was betrayed and she sought revenge over those who had wronged her, no matter the damage it would cost.

Medea, played by Celeste Chapman, was a force to be reckoned with. She gave a very passionate and emotional performance throughout the entire play, even when she wasn’t speaking. She drove the audience to feel her pain and sympathize with her plans of revenge.

Jason—who betrayed and broke Medea’s heart—was played by King Hood. Hood’s stunning performance was actually a little dangerous. He was the character that the audience was meant to hate….and we did. I can’t tell you how many times I held back an outburst after he perfectly delivered one of his misogynistic lines. My neighbor and I actually whispered to each other a couple of times to relieve some of the built up frustration we had towards his character.

Annika Simpson, who played Medea’s nurse, has the ability to deliver a monologue like I’ve never seen before. Her performance was exhilarating and so believable. She spoke with such angst and worry for more than just herself, but for all around her that might fall victim to Medea’s revenge.

The Chorus of Corinthian Women—Aubree Lee, Kiarra Jackson, Elizabeth McCooey, Sooha Han, and Emma Sprigle—were an absolute unit. They played off of each other’s energy so flawlessly. Their cries vibrated the entire theatre and I felt it to my very core.

The set was remarkable and all of the lighting and sound cues were perfect for setting the tone of each scene. Costumes were very well done and suited each character very well. All of these pieces working together really transported me. After a while, their ancient Greek dialect became easier to understand because it didn’t feel like I was in 2021 watching a play that was written in 431 BCE. I was there in 431 BCE. I just wish I had dressed for the occasion.

All in all, I loved the show. Each character was immersed in their role and gave an outstanding performance. It was difficult for me to sit quietly, as I am the person who talks back to the TV when I’m watching a movie. The modern themes made it feel like I was watching a reality show. Absolutely brilliant!