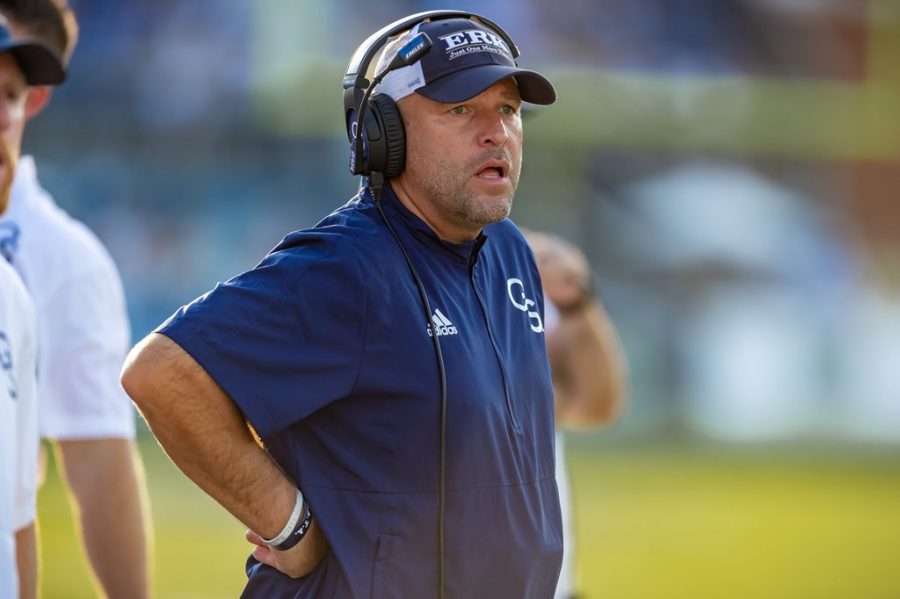 The Eagles said goodbye to head coach Chad Lunsford Monday after a poor start to the season, and now with an interim named, the search is on for a new head coach.

The last time the Eagles were without a head coach, Lunsford emerged as the top candidate following his 2-4 record as the interim; however, after a regime that saw a gradual decrease in success, the program may look outside of Statesboro for a replacement.

It is never too early to look around the country for candidates, so here are three of The George-Anne’s picks for head coach.

Dell McGee, Georgia running backs coach: McGee was the Eagles’ running backs coach during the 2014 and 2015 seasons and served as the interim head coach following Willie Fritz’ departure for Tulane. As the interim, McGee led the Eagles to their first FBS bowl win and as a high level recruiter with previous knowledge of the program, his transition would presumably happen pretty smoothly.

Ivin Jasper, Navy quarterbacks coach: Jasper served as the quarterbacks and fullbacks coach for GS from 1999-2001 and helped the Eagles win two FCS national championships. Jasper knows the expectations of Eagle fans and has proven to be extremely successful at all of his previous stops.

Brian Bohannon, Kennesaw State head coach: If the Eagles look towards someone with head coaching experience, Bohannon may be the best candidate available. A former wide receiver and defensive backs coach at Georgia Southern, Bohannon has become an extremely successful head coach at Kennesaw State. Under Bohannon, the Owls have made three FCS Playoffs and finished within the top-20 in four straight seasons.