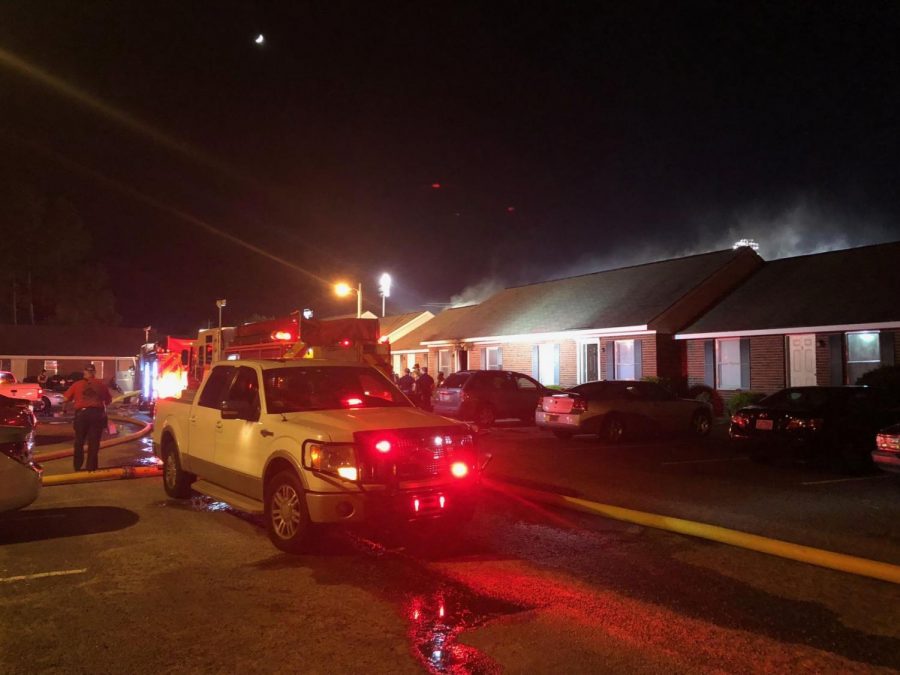 The Statesboro Fire Department responded to a house fire at apartment complex Stadium Walk. Statesboro Fire Chief Tim Grams said the cause of the fire does not appear to be malicious and that no one was hurt.

The Statesboro Fire Department responded to a fire Sunday night at apartment complex Stadium Walk, located across the street from Paulson Stadium.

Travis Hall, the tenant of the apartment, said his son alerted him of the fire.

“He came out of his room into the living room and he starting hollering,” Hall said. “I was like ‘Why you hollering for son?’ I went into his room and I said ‘What’s wrong with you?’ Then I came back out…the back wall was just fire.”

Hall said he tried to put the fire out by himself but was unable to because the flames were so immense.

Statesboro Fire Chief Tim Grams said the origin of the fire appeared to be in a back bedroom of the apartment.

Although the cause of the fire has not been determined, Grams said there are no signs of malicious intent.

“[I] thought there for a while that we might’ve had some extension into the apartment beside it, but we’re to the point now where we feel pretty comfortable,” Grams said. “We did have some smoke extension, but it’s just fire and heat. Based on everything the tenants are telling us, there’s no reason to suspect anything.”

Grams said the tenants were able to evacuate safely. No one was harmed in the fire.