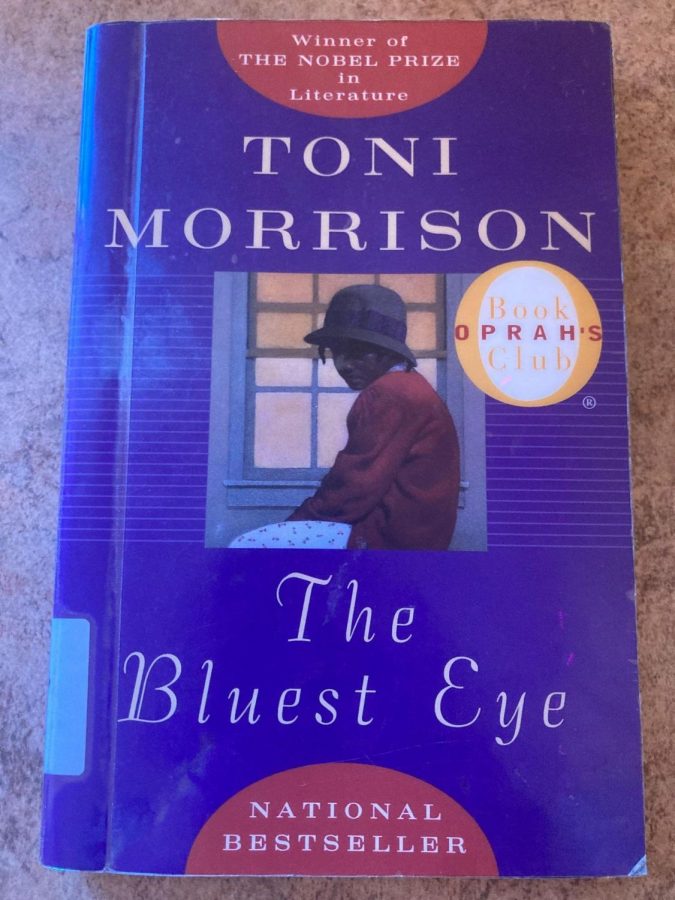 “The Bluest Eye” by Toni Morrison was originally published in 1970 and tells the story of eleven-year-old black girl Pecola Breedlove in post-depression, 1941 Ohio. The novel was subject to controversy surrounding the explicit descriptions surrounding child sexual abuse.

In her afterword written in 1993, Morison herself states, “With very few exceptions, the initial publication of The Bluest Eye was like the Pecola’s life: dismissed, trivialized, misread. And it has taken 25 years to gain for her the respectful publication  this edition is.”

Morison’s first novel follows the perspectives of not Pecola herself but the people around her including her fellow schoolmates Frieda and Claudia MacTeer who share her dark complexion but have loving parents and are young enough to have not come to understand the kind of self-hatred that racism can breed.

Throughout the novel, even through all of her suffering, Pecola’s one and only wish is to have blue eyes, something that her world associates with goodness. Greta Garbo has blue eyes, so does Shirly Temple, the doll gifted to Frieda for Christmas has blue eyes, even the little white girl her mother takes care of and seems to hold greater affection for has blue eyes. In her world there is nothing greater and she prays to god for them.

The novel touches on poverty, racism, abuse and prejudice through the innocent eyes of children and it’s message is powerful in it’s vulnerability.

The book goes to great length in humanizing all of the characters and the reader comes to understand that evil is a human act created by circumstance and passed down by those with power over others until it gets to those with no power at all.

Overall, “The Bluest Eye” is an honest interpretation of what prejudice can do to the most vulnerable in our society and is worth the read for Morrison’s complete transparency and wonderful prose.