Game Preview: Eagles look to reset in first game after firing of Lunsford 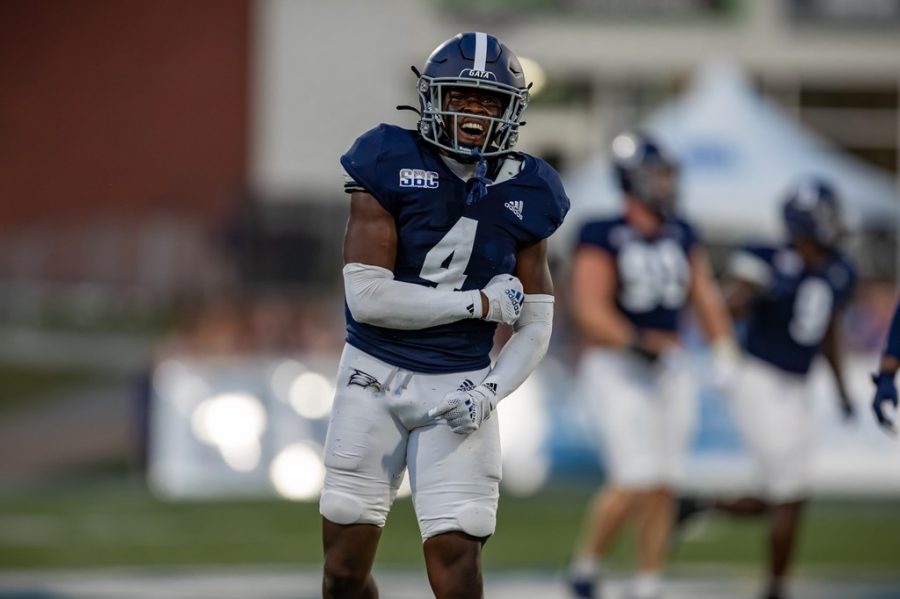 History: The Eagles and Red Wolves have met five times, with Arkansas State holding a 3-2 lead in the series. However, GS defeated Arkansas State for an FCS National Championship in 1986.

Last Week: The Eagles suffered their third straight loss of the season after falling to Louisiana, 28-20. Just a day after the loss, head coach Chad Lunsford was relieved of his duties, with cornerback coach Kevin Whitley taking over as the interim.

Running back Gerald Green led the way for the Eagles as he racked up 186 yards and all three of the Eagles’ touchdowns. Veteran quarterback Justin Tomlin accumulated 175 passing yards, but also accounted for a costly interception.

However, Ragin’ Cajun quarterback Levi Lewis shredded the Eagle defense for 249 yards and three touchdowns through the air. Ultimately, big play ability of the UL offense was enough to push this past the Eagles.

“Right now, our biggest opponent is ourself,” said Whitley. “We’re going to work to get better. We’re going to do the things we need to do.”

Scouting Report: Offensively, the Red Wolves boast one of the best passing attacks in the country. Their 363.5 passing yards per game is good enough No. 7 in the country.

On the other hand, the Red Wolves’ rushing attack is among the nation’s worst. Arkansas State is one of just 14 teams to average less than 100 rushing yards per game.

Defensively, the Red Wolves have been among the nation’s worst units. In fact, Arkansas State allows more than 560 yards per game, nearly 40 more yards than the next worst team.

For an Eagle offense that has struggled to get going, the weak defense should be a welcome sight. But for an injured defense, the electric passing offense is a cause for concern.

Bottom Line: This game should allow for both offenses to move up and down the field at will, which should excite fans of the sport.

The Eagles have performed below their expectations this season, but so have the Red Wolves. Expect both teams to come out with a different kind of fire on Saturday.

Prediction: GS escapes with a  31-30 victory