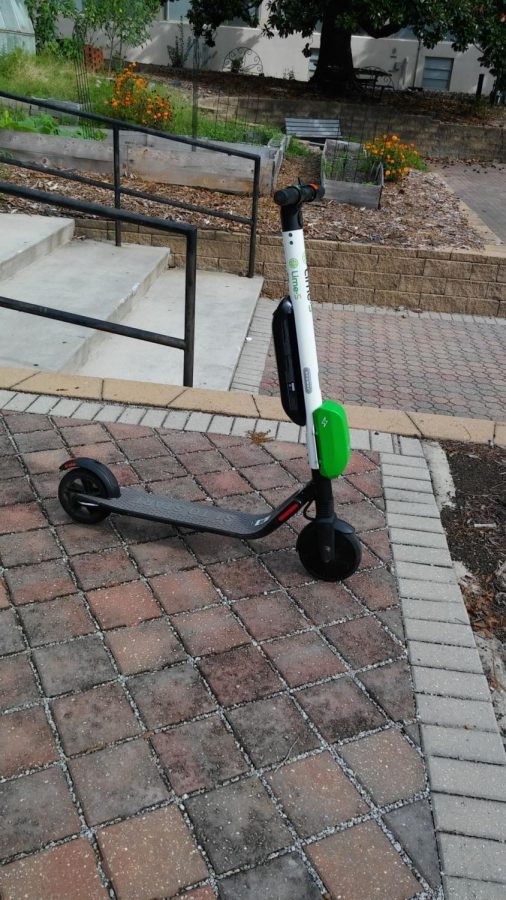 Unlike UGA, who is currently fighting the existence of motorized scooters on their campus, GS has an agreement with Lime. UGA does not have an agreement with Bird, a bike sharing service that came to Athens in August.

Lime bikes and scooters were introduced onto Georgia Southern University’s campus at the beginning of this semester, but some Georgia universities have not had as much luck with similar programs.

Unlike UGA, who is currently fighting the existence of motorized scooters on their campus, GS has an agreement with Lime.

Lime contacted GS about placing bikes on campus in February, and an agreement was reached May 16, Trip Addison, vice president of University Advancement and External Affairs, said in an email.

“The agreement with Georgia Southern allows the bikes on campus,” Addison said in the email. “In return, the University gets data on utilization by the students. There are no limitations, but riders should obey all laws and should not take them inside buildings.”

While GS has an agreement with Lime, the University of Georgia does not have one with Bird, a similar company that brought scooters to Athens in August.

According to a previous article from the Red & Black, UGA’s student newspaper, UGA partially banned Bird scooters from campus, aside from riding on roads, just days after they appeared.

Bird scooters cannot be parked anywhere on campus and are being treated like cars or motorcycles by UGA. In fact, UGA has also started impounding any scooter found parked in a way that violates university policy.

There have been many safety issues concerning Bird scooters, including students riding them on sidewalks, between cars on the road and past pedestrians at an unsafe distance.

While GS has an agreement with Lime, it is still up to the students to make sure the bikes and scooters are used responsibly. There are many things students can do to prevent further issues or injuries: