No win streak for the Eagles 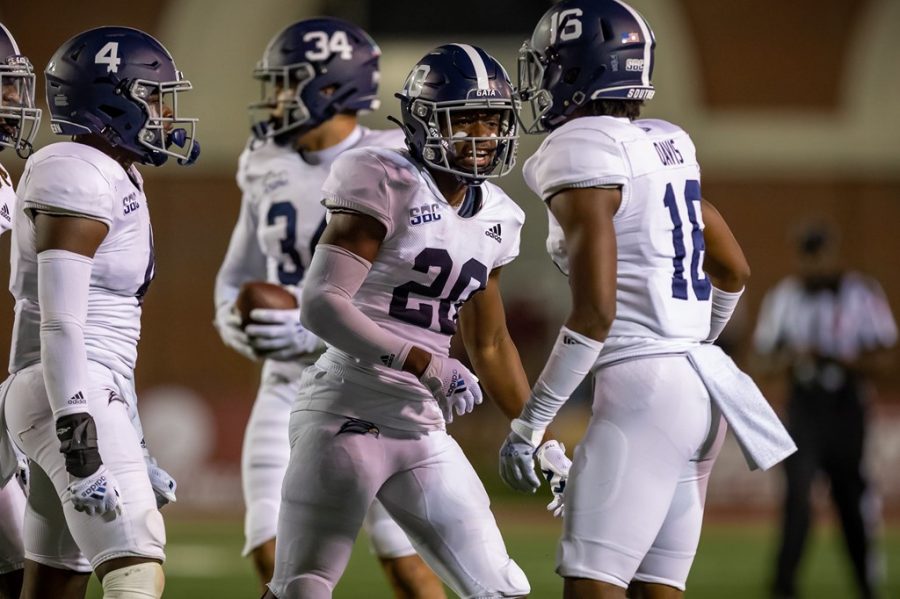 Fast starts have been the strength of the Eagles through four games this season, but the Troy Trojans stifled any first half momentum Georgia Southern had.

The slow start was mostly due to the fact that the Eagles could not run the ball. GS accumulated just 82 rushing yards on 38 attempts, which equates to just over two yards per carry.

The offensive struggles resulted in a 21-point deficit early in the third quarter, when the Trojans led 24-3.

However, the Eagles began the second half with a revived passing attack. Quarterback Justin Tomlin completed 15 of his 22 passes for 210 yards, but failed to score through the air and tossed three costly interceptions.

Even though Tomlin did not find the endzone through the air, Khaleb Hood and Logan Wright both recorded a score on the ground.

Despite the slow start and multiple turnovers, the Eagles found themselves with the ball and a minute left, only down three points. Tomlin quickly moved the ball past midfield, but a dropped pass bounced off a defender’s foot and into his teammate’s hand for a game-clinching interception for the Trojans, finishing at 27-24.

GS will have to move on quickly, with a Thursday night game at South Alabama now in the crosshairs. Kickoff is set for 7:30 p.m. and the game will be nationally televised on ESPNU.