She’s a Savage: How Rihanna and Savage X Fenty are changing fashion for the better 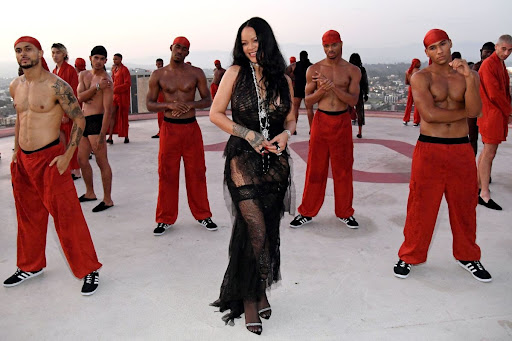 The third volume of the Savage X Fenty fashion show hit Amazon Prime on September 24th, and it has everything. From featuring disabled and incredibly tattooed models to beautiful men and women of all shapes and sizes, every body type is put on display.

Rihanna’s brand, Fenty – which is worth over $100 million, is built on no one going unseen in the fashion and beauty industries. Volume three of Fenty’s show represents just that.

As if the groundbreaking level of inclusivity isn’t enough, the star-studded performances and cameos should be. Live music from BIA, Jazmine Sullivan, Ricky Martin, Normani and more graced the ears of the (virtual) audience and models alike. While stars such as Emily Ratajkowski, Gigi Hadid, Cindy Crawford, Vanessa Hudgins, Jeremy Pope, Erykah Badu and others made appearances on the Savage X Fenty runway.

This is not just a fashion show where models walk down a catwalk displaying lingerie and sleepwear. This is an art exhibit full of fashion, dancing and epic musical performances.

To make the show even better, viewers are able to see the new Savage X Fenty items on a multitude of body types, which is something that has not been done before on such a big platform like Prime Video. Gone are the days of watching Victoria’s Secret models strut the runway after almost ten hours in hair and make up, wearing lingerie that most likely isn’t even available in stores.

The yearly Savage X Fenty shows are visually stunning, but the sentiment behind it is what’s truly inspiring. For the majority of viewers’ lives, there has never been a fashion show that showcased their body types (speaking from experience, I’d watch fashion shows in high school and hope and pray I’d hit a growth spurt, because tall women were deemed beautiful and superior and I was only 5’2).

The exclusivity of accepted body types in fashion is, without a doubt, problematic. It has been taught to girls and boys and men and women that they need to fix their bodies, rather than teaching them to embrace and love how they look. This is where Savage X Fenty comes in.

The inclusivity spans far past the annual fashion shows. These models are also featured on its website, wearing the garments. With Savage X Fenty quickly becoming one of the most popular (and affordable) lingerie lines on the market, this is a huge step forward for the world of runway and fashion.

The reason Savage X Fenty has been so successful is not because Rihanna made inclusivity the trend, but rather, the business model. The levels of exclusivity do not change from season to season. It’s constant. But most of all, it’s refreshing.

So, if you’re looking for a little extra dose of self-love or in need of something refreshing to watch during your next self care day, look no further than the Savage X Fenty fashion show, Vol. 3.