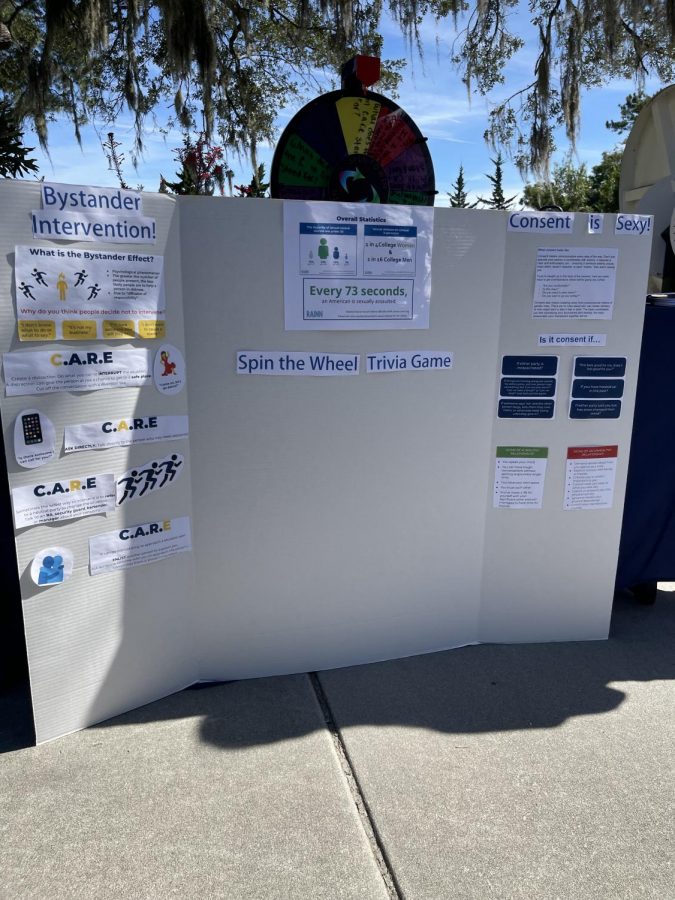 “It’s on Us” provided Georgia Southern Armstrong with a Campus Consent rally outside the Student Union Monday, Oct. 18 that involved representatives from several campus organizations including the Counseling Center and the Campus Recreation and Intramurals (CRI) department.

Savannah Rape Crisis Center (RCC) was also present at the rally. Each attending organization was there to support a message of consent within sexual relationships on campus and to deliver a broader message promoting mental wellbeing.

“Consent is sexy,” read one display on the Counseling Center’s C.A.R.E.S bystander intervention booth, which also included a trivia wheel that quizzed students on how to identify and react to situations where the issue of consent may be a concern.

The display also included statistics from RAINN.org informing students that sexual misconduct is still an issue that is prevalent on college campuses. These stats include:

The majority of sexual assault victims are under 30.
1 in 4 college women and 1 in 16 college men experience sexual violence.
Every 73 seconds an American is sexually assaulted.

The Savannah RCC has existed in a variety of different capacities since the mid-1970s and is a vital resource for anybody who needs help after experiencing sex-related trauma. They have more information as well as resources for anybody interested in volunteering on their website.

Anybody who is or knows someone who is experiencing sex-related trauma should not hesitate to reach out or take action.