Former Armstrong employees work to bring Celebrate back to campus 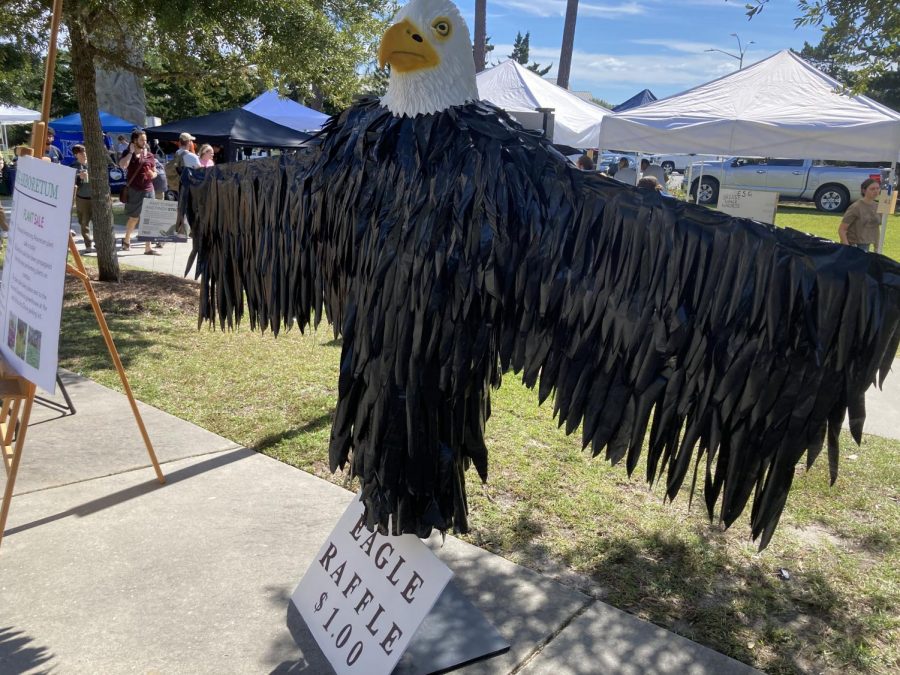 Students walked through campus to find over seventy booths lining the brick path leading to the Residential Plaza, facing University Hall, and stretching all the way to the edge of the Sports Center parking lot. University colleges and departments, community vendors and student organizations invited students to play games and handed out prizes and information about their department. Students also played archery tag, climbed the rock wall, watched the dance team performance, rode the mechanical bull, or donated a dollar to the Armstrong Commitment Fund for a chance to dunk someone in the dunk tank. All of these booths and activities were set up from 10 a.m. to 2 p.m. on Thursday, Oct. 21 to attend an event President Kyle Marrero named Celebrate Together.

Hundreds of people, including 822 students and 66 alumni, signed in to participate in Celebrate Together. Many more attended as they walked through campus without signing in. Most of the students arrived on the Armstrong campus after it consolidated with Georgia Southern, so they had never attended Celebrate Armstrong, which was lost to consolidation.

The Armstrong campus does not offer much to do anymore, but Celebrate Together returned to the Armstrong campus because Armstrong employees who were here before the consolidation fought to bring it back. “This was our tradition. We’d done this for two and a half decades. We wanted it back,” Patricia Holt, the committee chair said. As the event committee planned and advertised for the event in the two months leading up to it, they noticed new faculty, staff and students becoming excited for it as well.

As soon as they started advertising for the event, many student organizations and campus departments signed up to reserve a table until they capped the event at 71 tables. Yet, they had to allow for even more tables after the original cut off because the committee had vice presidents of departments calling them and asking if they could make room for one more. Holt said “When you have a large group that is passionate about something, it cannot fail.”

The day after Celebrate Together, Holt spent part of her morning writing thank you notes to everyone who helped. “It took everyone involved to make it a success,” she read off of one of the notes she’d written. “It was everyone wanting to add to the success,” she added.

“I do see this as becoming a tradition. It started in 1996 by Al Harris who has since retired and it ran until consolidation,” Holt said. The committee already decided to keep the same members for next year’s Celebrate Together festival.

No two Celebrate festivals have been the same even though it was the same premise. “We stuck with Al Harris’s legacy and tried, and were successful, in recreating what he gave us for 22 years.”