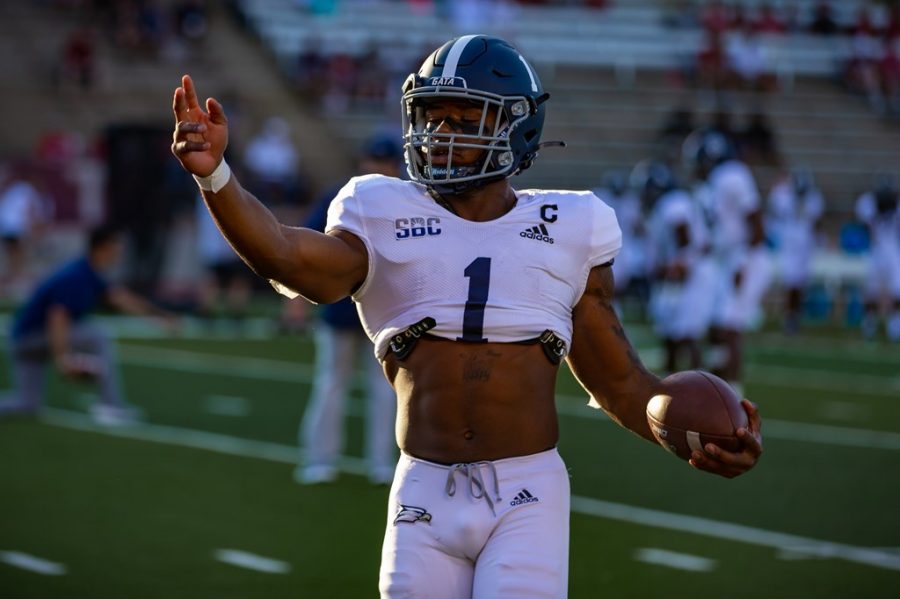 History: Georgia Southern and Georgia State have met seven times, with the Panthers currently leading the series 4-3. The Eagles fell in a heartbreaker last season, leaving Atlanta with a narrow 6-point loss.

Last Week: The Eagles were on bye last week, giving them an extra week to prepare for the Panthers.

No significant developments were heard throughout the week, although it gave the Eagles much-needed time to work on their weaknesses.

CB Justin Birdsong said the biggest emphasis throughout the week was toughness, citing the fact that the team practiced in full pads with full contact at times. The team also attempted to work out some offensive kinks, while interim head coach Kevin Whitley also used the week to focus on recruiting.

Scouting Report: If you like high-quality football, Saturday’s game is not for you. Both teams are sitting at just two wins and have struggled in every facet of the game.

Offensively, both teams are among the nation’s worst passing attacks. However, both teams rank within the top-20 in the FBS in rushing yards per game. Saturday’s matchup will feature the running games, which should keep the number of possessions low.

The Panthers have been more effective on offense since moving to Darren Grainger at the quarterback position, however the rushing game still shines through. Of the three primary running backs still on the roster, all of them average more than five yards per carry.

On the defensive side of things, both teams have been pitiful. The Panthers have been a bit better, coming in at No. 94 in the FBS, but still allow more than 400 yards per game.

Both teams have been decimated by injuries on the defensive sides, which could be cited as the main cause of both team’s struggles. Although both defenses are not strong, the game should be low-scoring due to the style of offenses run by both teams.

Bottom Line: Both teams desperately need a victory this weekend to potentially salvage any form of a successful season.

However, the game will come down to which team can move the ball more. Both teams feature dynamic backfields, but the Eagles have shown more depth. The depth should allow GS to rotate as many as five running backs in who can exploit the Panthers’ defensive front.