Eagles 9-6-4 for season, top-four in shots, points, goals and goals-per-game 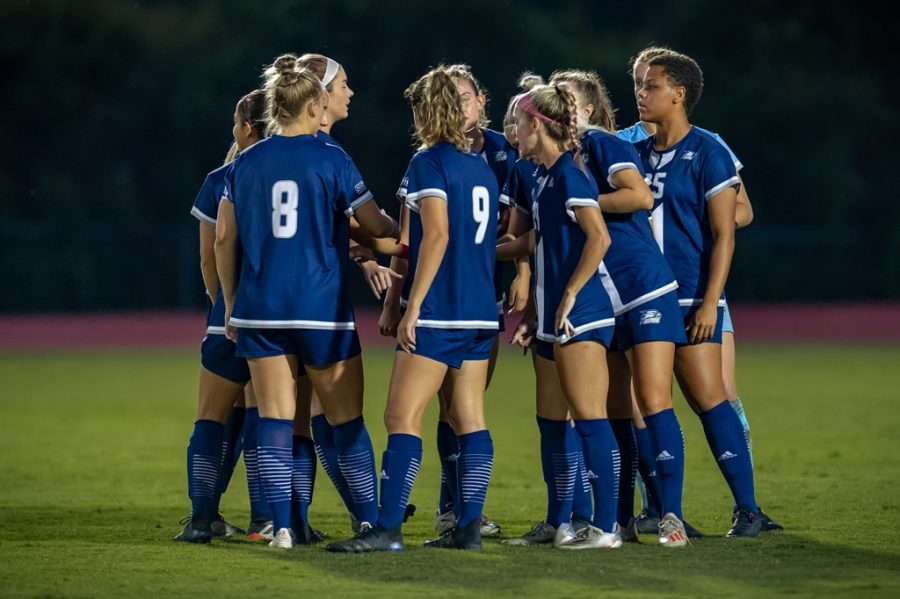 For the first time since 2014, the Georgia Southern women’s soccer team will enter postseason play with a winning record.

The Eagles are entering the tournament on a high note, just 10 days off an extremely hard-fought 2-2 tie with rival Georgia State.

“I’m extremely proud of the character of our group,” head coach Chris Adams said. “Having played in a double overtime match on Thursday, then training yesterday, we had some heavy legs.”

The Eagles have established one of the top offensive attacks in the conference, ranking within the top-four in shots, points, goals and goals-per-game. The offensive success has been spearheaded by fifth-year midfielder Marcela Montoya and transfer forward Elis Nemtsov, who have accounted for eight goals apiece.

Freshman goalkeeper Michaela English has made a name for herself defensively by recording 90 saves, good enough for second in the conference. As a team, GS ranks third in the conference in total shutouts this season with six. However, the Eagles sit towards the middle of the pack total goals allowed, with 22 in 19 games.

The Eagles’ game on Wednesday will kickoff at 6 p.m. and will be televised on ESPN+.