We asked students: What would you like to see Downtown?

Students' suggestions included arts, local restaurants and 'something fun to do that isn't a bar' 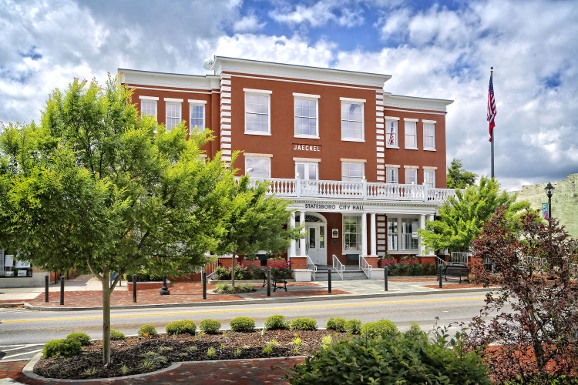 The City of Statesboro plans on amping up their Downtown area, extending it down the Blue Mile and closer to Georgia Southern’s campus, and they’re asking for the public’s help in defining what Downtown is supposed to be.

“We as professional planners can come up with a plan, but you don’t engage the public by cutting them out of the process,” City of Statesboro Director of Planning and Development Kathy Fields said following the City’s October 25 meeting. “The planning process includes being very inclusive.”

As part of the local community, GS students have their own input on what downtown could potentially look like. A few opted for more art-based suggestions:

“I think different local restaurants would be nice,” Freshman Interior Design major Emma Osbourne said. “A pottery painting place, maybe. Just something fun to do that isn’t a bar.”

“I wish there was more exploration of the arts,” English Graduate student Nathan Luft said. “We should have more galleries and theatres.”

Some of these answers show just how disconnected students are from the area, considering Downtown is the hotspot for the arts in Statesboro. The Averitt Center for the Arts offers workshops, programs, events and private lessons ranging from vocal performance to ceramics, as well as an ever-rotating art gallery.

Other students took a more retail or entertainment-based approach.

“I would like to see a Target in the area,”  said junior Abby Oliver. “I think it would do well in a town like Statesboro.”

“Since Statesboro is a college town, I believe adding venues such as bowling alleys, fun parks, and a larger variety of shopping centers and restaurants would make this town more appealing,” said Accounting Graduate student Carlisha Perry.

“I think Statesboro has a ton of chains in terms of food, so more original restaurants, or even thrift stores,” Marti MacGregor, a senior History major said. “Clothing stores with inexpensive options could do great here.”

Many of these things, aside from a target or a promised Publix that our community anxiously awaits, already exist Downtown. It’s made up almost entirely of non-chain restaurants ranging from barbecue and wings to snow cones and cookies.There are local-run stores selling comic books, vintage items, flowers and more. Entertainment beyond just going to a bar already exists there. You can find all of the things that Downtown has to offer here.