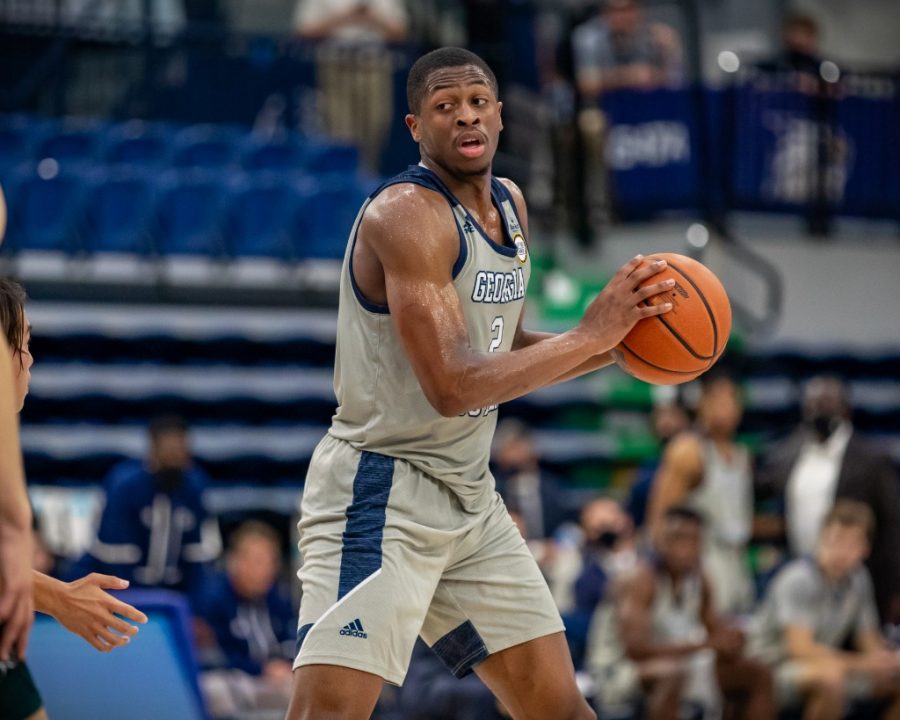 For the first time since the 2015-16 season, the Georgia Southern men’s basketball team did not post a winning record.

However, despite the slow start to his tenure in Statesboro, second-year head coach Brian Burg is optimistic about his team as the beginning of the 2021-22 season nears.

The upcoming season should serve as a refresher for Burg, who’s first season as a head coach played out during the COVID-19 pandemic. No in-person recruiting, limited offseason practices and rigorous daily testing were just a few of the hardships faced by teams across the country last season.

“I had a lot of people tell me this is year two. To me, it feels like year one,” said Burg. “There’s more normalcy now. To go through an entire spring, an entire summer, as well as the preseason, it feels great because we have more consistency.”

The Eagles return an eye-popping nine of 11 letter-winners from a season ago, which should prevent any sort of drop in production. However, the addition of five new faces should only boost the level of play this season.

Tre Cobbs and Carlos Curry bring a renewed and much-needed level of experience to a Georgia Southern team that lost arguably their two best players from a season ago.

Cobbs should replace some of the scoring lost by the departures of Zack Bryant and Eric Boone, while Curry provides a strong interior presence to pair with Prince Toyambi, his fellow big man.

Among the freshmen, top-200 recruit Mannie Harris will be the main name to watch for. According to 247Sports rankings, Harris is the highest-rated player to commit to the program.

“He’s grown quite a bit due to the speed of the game and impact in practice,” said Burg as he raved about the highly touted freshman.

Harris’ scoring should pair nicely with the likes of McCadden and Cobbs, while the Eagles have a strong interior tandem in Curry and Toyambi.

While the Eagles had an overall positive offseason, the Sun Belt Conference remained one of the most competitive mid-major conferences in the country. Georgia State, Appalachian State and Louisiana are among the league’s top teams, but the sheer talent level all around the conference will create a fierce competition.