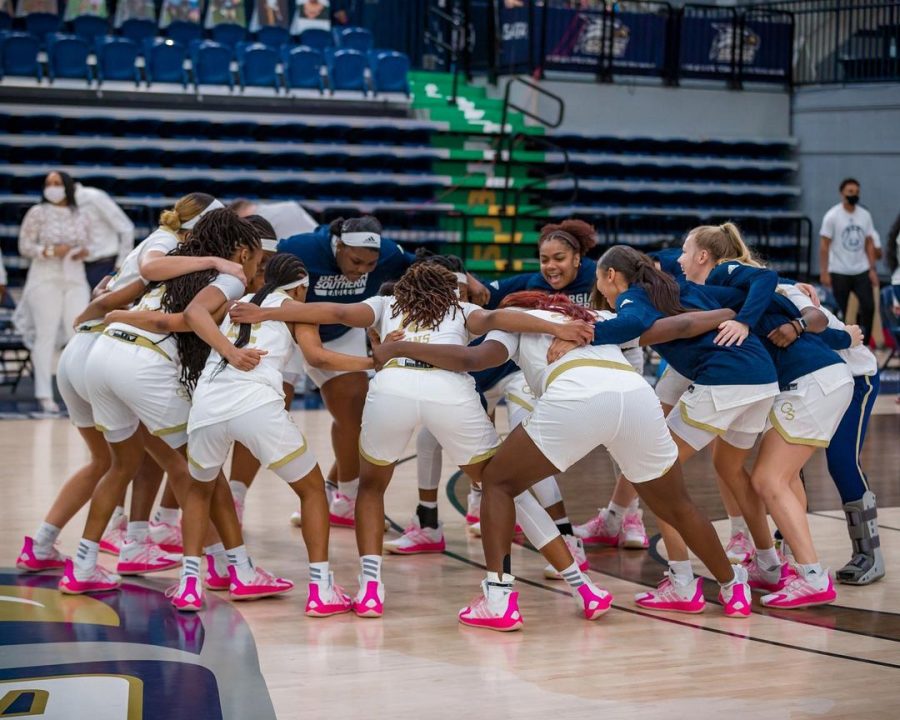 For the first time since the 2005-06 season, the Georgia Southern women’s basketball team has take down an SEC opponent.

On Thursday night, the Eagles walked into Auburn Arena and took down the Tigers in a thriller, 68-66.

“I’m in awe. I knew it was going to be tough,” said head coach Anita Howard. “This win does set a tone, but at the end of the day it’s all about consistency. As excited as I am about this huge win, we can’t settle for this.”

The game was close the whole way, with neither team opening more than a six-point lead and the lead exchanging hands 11 times.

“Whether we won the game or not, I wanted them to know that we were going to compete down to the last wire,” said Howard. “Hats off to them, Johnnie has them playing really well. They never laid down.”

The Eagles shot just over 37% from the field, but the stingy “swarmification” of the GS defense held Auburn to just 33% shooting on the night.

However, the impact of Thaniya Marks was felt in every aspect of the game, as the JUCO transfer drew seven fouls and took four charges.

The Lady Eagles will be back in action on Saturday when they host Fort Valley State. Tip-off is scheduled for 1 p.m. and the game will be televised on ESPN+.