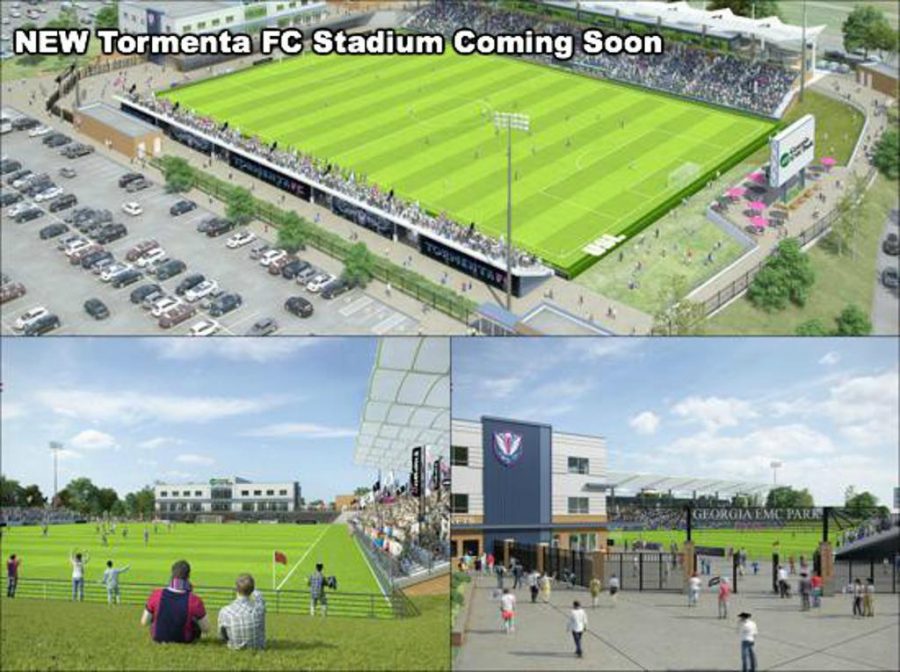 The stadium will be built using funds from the Old Register tax allocation district. It will be located between The Clubhouse and Veterans Memorial Parkway.

The Bulloch County Board of Education has approved the construction of a brand-new professional soccer stadium complex and surrounding development.

It will be built between The Clubhouse family entertainment center and Veterans Memorial Parkway using funds from the Old Register tax allocation district.

According to The Statesboro Herald, the commercial development construction plan calls for one or more hotels, some restaurants, a bank, a movie theater, office spaces and apartments, all of which will sit alongside the stadium.

Also scheduled to be built is a 41,000-square-foot grocery store and other businesses in a shopping center, but investors have yet to decide whether they will go through with it.

“It will create an amazing atmosphere that will be soccer-specific,” Van Tassell said. “I think from a community standpoint, Statesboro will be able to call itself a professional city for the first time ever.”

The Old Register TAD will use funds mostly for construction on the roads surrounding the proposed development.

If for any reason the funding falls short, the property owners within the area will be given a “special service district tax” to repay the bonds, meaning that the owners proposing the development will be taxed.

However, multiple projections have shown that whatever the tax, the development will more than make up the difference in revenue.

Aside from the economic benefits, Van Tassell hopes that the pro-stadium complex will help Statesboro make a new name for itself in terms of professional sports.

“When Georgia Southern started football back in the early 1980s, I think that absolutely rebranded the university and the city of Statesboro, and I think we’re in another moment just like that,” Van Tassell said.

The Tormenta FC soccer organization plans to have the complex built by January 2020. Van Tassell said they hope to break ground near the end of the fall 2018 semester.