What you missed over the break: Men’s basketball 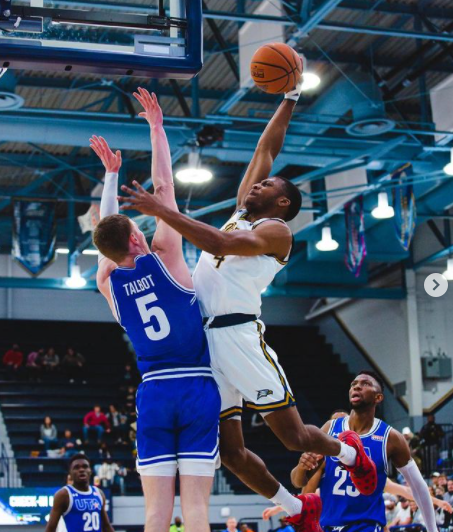 The first game the men played over the break was on December 15, when they took down the Campbell Camels, 69-66. Elijah McCadden led the way with 17 points, while also corralling eight rebounds.
The Eagles took down Division III opponent Covenant College, 85-51, on December 18. McCadden and Kamari Brown headlined the day, scoring 16 points each.
The Eagles first loss over the break came on December 30, as they fell to Little Rock in the Sun Belt opener, 78-66. Despite the losing effort, Prince Toyambi scored a career high 17 points.
GS lost their second straight conference game on New Year’s Day, falling to Arkansas State, 74-56. Andrei Savrasov and Kaden Archie both eclipsed double digits.
The Eagles closed the break in exhilarating fashion as they took down UT-Arlington, 74-73, in overtime. Kamari Brown led the Eagles to double digits.

GS will be back in action on Thursday as they travel to take on Troy, who currently sits at second place in the conference.