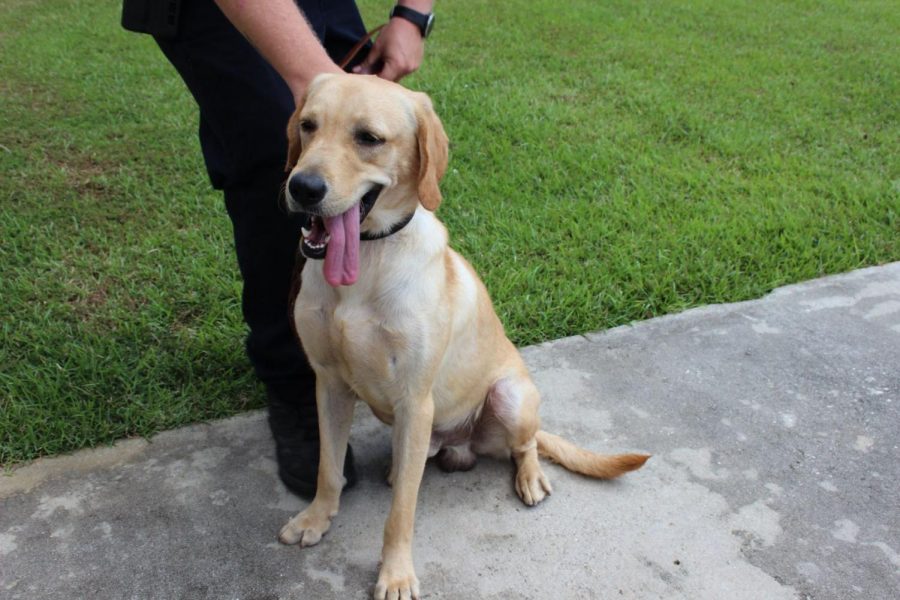 The Statesboro Police Department has added a new officer to its K-9 unit.

Mono, an 18-month-old yellow lab, is currently being trained as a single-purpose narcotics detection K-9 by Southern Coast K-9, according to a Facebook post by the Statesboro PD.

“He and Officer Brice Scott (a.k.a. his new dad) will be finishing up their training together over the next few weeks before putting his super nose to work on the streets of Statesboro,” Statesboro PD said in the Facebook post.

Mono is expected to be fully trained by November.