With a man down, the Eagles fall 2-0 to top-ranked Demon Deacons 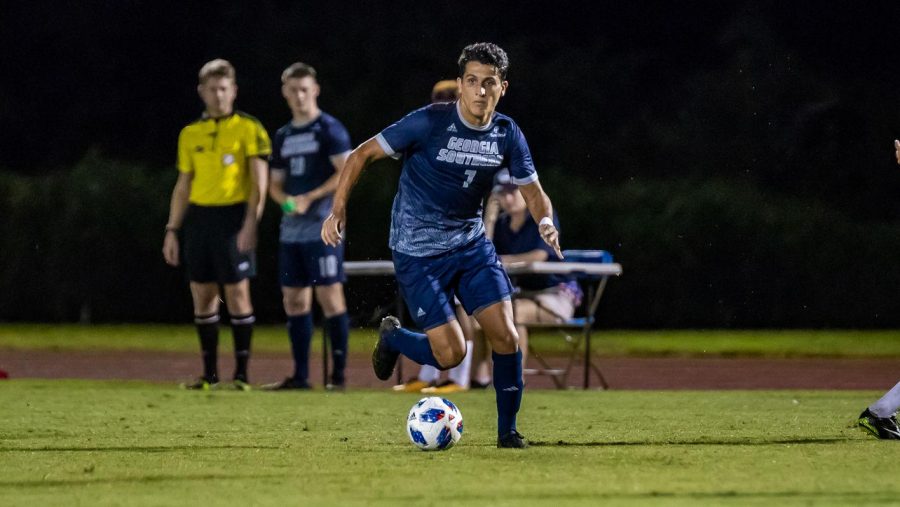 The Eagles held the Demon Deacons to a tie at 0-0 by the time halftime rolled around but Wake quickly found the back of the net in the 75th minute of play and again in 87th minute.

The turning point of the match seemed to come from sophomore Gonzalo Talavera being sent off the field with a red card in the 54th minute, putting GS at a disadvantage playing a man down for the rest of the game.

“The red card changes the game, it makes it very difficult for us from then out. But I can’t fault anyone that went out there tonight. Even our guys on the bench, who didn’t get into the game, were giving everything they had,” Georgia Southern Head Coach John Murphy said to gseagles.com.

GS showed potential in the first half, having four shots compared to Wake’s seven, but the disadvantage of playing a man down in the second half showed as the Eagles only had one shot while the Demon Deacons had 11.

“The game was called very tight, which will always to be the advantage of the team who has the ball. I think that fed into their possession having more of an impact in the game,” Murphy said.

The Eagles finished the match with five total shots compared to Wake’s 18. Freshman goalkeeper Jokull Blaengsson also played a good game, logging three saves during the match for the Eagles.

The Eagles look to break their now two-loss streak when facing off against Jacksonville University at Jacksonville Saturday, September 15 at 7:00 p.m.