These Boots are Made of Chocolate 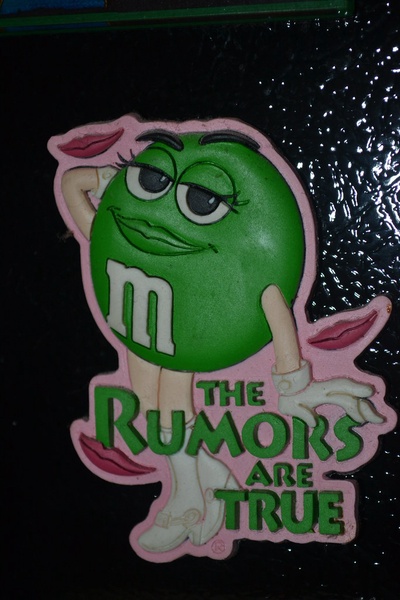 Last week, Mars Wrigley premiered a new look for their iconic M&M mascots. A modern take on their appearances and personalities.

Red, the browbeating hothead, was toned down to a sardonic wise-guy. Orange, the squirrely one, is now actively coping with his anxiety. Brown was left relatively the same. A girl boss who runs the show and is probably always the smartest candy-coated morsel in the bag.

The most drastic change was to Green, most well-known for being the flamboyant ‘eye-candy’ of the group. On the official M&M’s website, her bio has gotten updated to showcase her new rebranding. Now a supportive, more confident creature. Her design has also got altered in a way that completely derails the character: she has Keds on.

Now, this may not seem like a big deal in the grand scheme of things. There’s a lot more going on in the world. Who cares what a cartoon piece of candy wears? However, on Friday, ‘Green M&M’ became a nationwide trending topic on Twitter.

When Mars Wrigley first premiered these characters, Green wasn’t just the only M&M who identified as a woman. She was also the only one in different shoes. She wore a very 50’s-chic pair of white boots with silver buckles and big bedazzled ‘Ms’ on the front. These steppers cemented her role in the group.

In her new bio, Green states, “I’m too busy shining to throw shade.” However, her new look got scrubbed of all originality and ‘shine’. A reserved look with no frills has made her more confident. But what does this suggest about her prior kicks?

There’s been a long-standing trend where gaudiness is likened to insecurity and low self-esteem. We see this in our Sharpay Evans, Elle Woods, and Daphne Blakes of the world. Green’s boots matter because they contribute to a larger conversation. They affirm a notion that one can be both inspirational and ornate.

Green took to Twitter to address her new getup, stating, “Did my shoes really break the internet?” Going on to add “I didn’t throw them out” in response to one user’s upset with the change. With this, a conundrum is created. On one foot, it seems as if Mars Wrigley is saying keds=good pumps= unworldly. On the other, it’s just candy that melts in your mouth and not in your hand so, what’s the big deal?