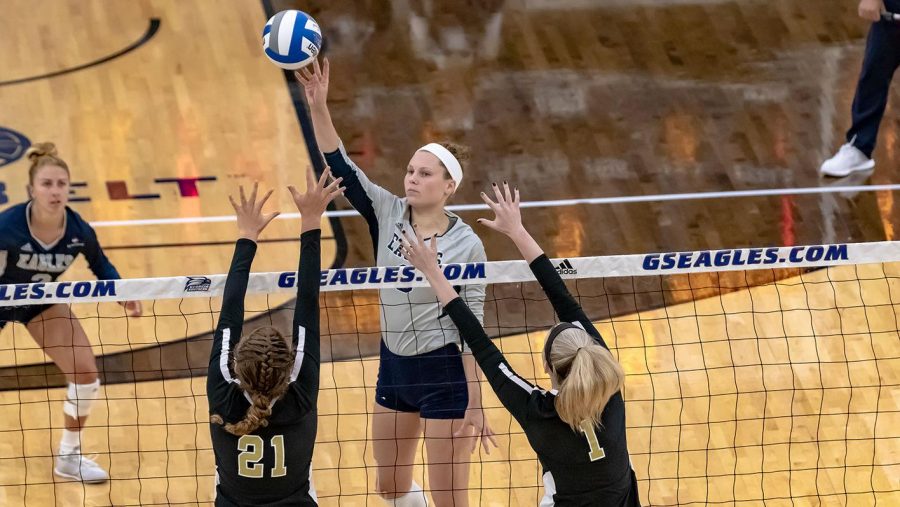 Coming off of four straight losses, the Georgia Southern Volleyball team looked to get back on the winning track over the weekend with three home matchups in the GATA Challenge.

In their first contest of the weekend, the Eagles played host to Savannah State Friday morning, and took the match 3-0.

Senior Lauren Reichard led the way against the Tigers in the morning matchup, tallying up 11 kills and nine blocks.

Later on Friday night, the Eagles took on challenger USC Upstate, and were able to grab another win. Georgia Southern was down 1-0 in the match and were trailing 7-4 in the second set, but the Eagles came storming back, scoring eight straight points and taking control over the rest of the match.

The Eagles went on to win their matchup against USC Upstate 3-1.

In their third and final contest of the weekend, Georgia Southern squared up with the Tigers of Savannah State yet again on Saturday afternoon. Maddie Bryant led Georgia Southern with a match-high 12 kills on the day, and helped the Eagles to another 3-0 victory over the Tigers.

The sweep of the weekend was huge for the Eagles, as they claimed the GATA Challenge title. Reichard was named MVP of the tournament and named to the all-tournament team, along with three other Eagles.

The Eagles will now shift their focus to conference play, as their next match comes against Sun Belt rival Appalachian State. The match against the Mountaineers will begin at 6:30 p.m. on Friday, Sept. 1 from Hanner Fieldhouse.