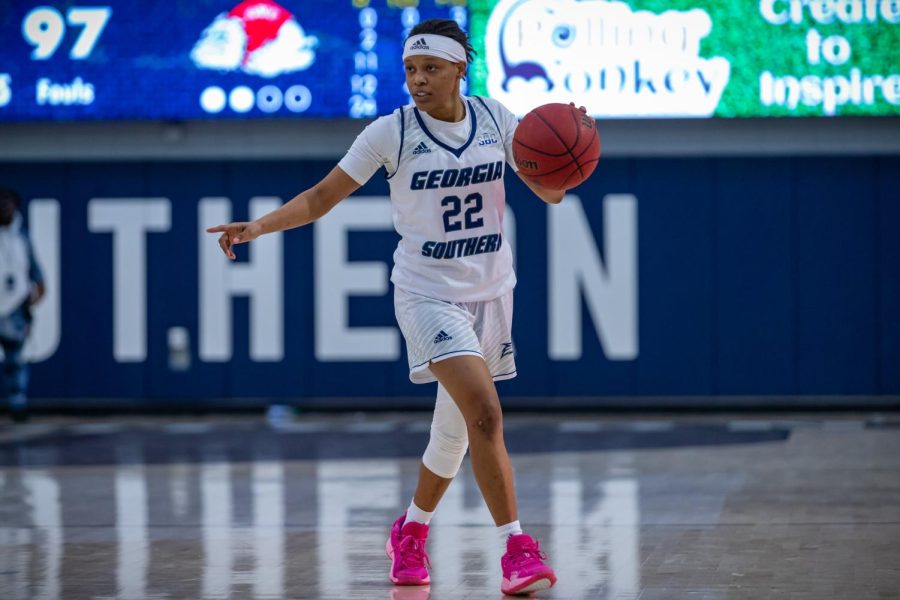 The Eagles struggled in the first quarter but were eventually able to pick it up and catch up with Troy by half time.

“I was pleased to see how we competed with the top team in our conference,” said head coach Anita Howard. GS fought hard during the matchup but Troy was able to overcome the pressure that was put on them by the Eagles.

After struggling in the first quarter GS was able to pick it up and trail by only six. The Eagles brought the gem within less than three points multiple times but their 27 turnovers caused Troy to keep a constant lead.

“We gave too many free throws, and we turned the ball over a little bit too much to come up with a win against the top team,” said Howard.  “It says that we are tough enough to compete. They’re a tough opponent for anyone.”

GS gave up 35 free throws to Troy, but was able to make a well needed comeback tying up with a layup from Taya Gibson. Mya Burns, who recorded 14 points, drained a three-pointer with less than two minutes left and assisted GS in taking their first lead of the game.

“I think our transition is a little slow,” said Howard. “We did too much celebration after some of our baskets and they were able to kind of quiet the crowd really quick by scoring quickly and so that’s something we got to work on.”

“Going into the tournament I definitely want to keep up the tempo and keep rebounding and we’ll minimize our turn-overs,” said Howard.