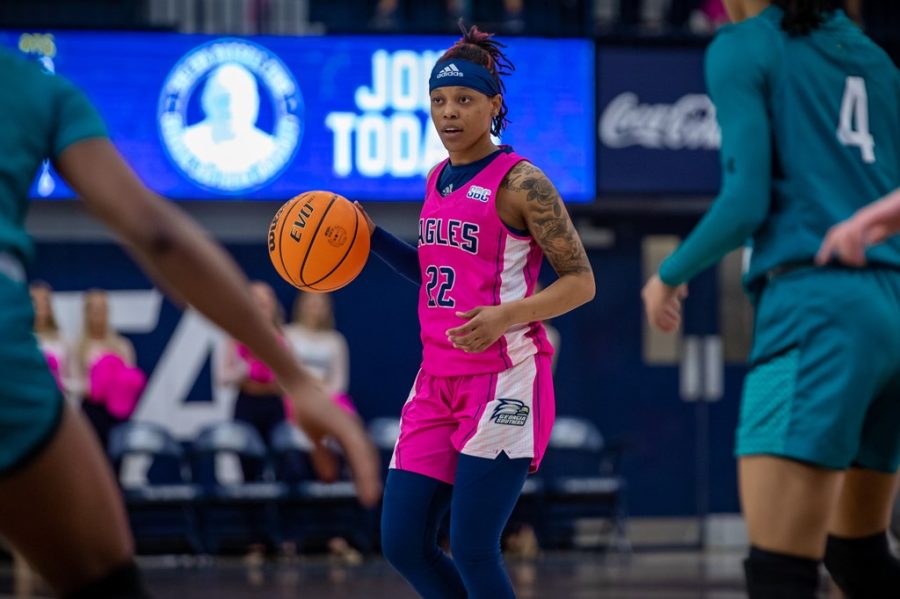 This season, the Lady Eagles have won 15 games, 12 of which have been within the confines of Hanner Fieldhouse.

On Saturday, GS took down Coastal Carolina, 90-75. Although the deficit was just 15 points when the clock hit zero, the game was firmly in the control of the Eagles all afternoon.

The Eagles led 23-3 after the first quarter, holding the Chanticleers to just one basket in the first 10 minutes of play. GS closed out the quarter by scoring the final 23 points.

“I didn’t know it was 24 straight points offensively, but I was very excited with the defensive efforts,” said head coach Anita Howard.

Terren Ward once again led the way for the Eagles, eclipsing the 30-point mark for the second straight game. Ward is the first Eagle to record back-to-back 30-point games since Tracy Wilson accomplished the feat in 1991.

The Lady Eagles will be back in action on Thursday as they travel to take on South Alabama. Tip-off is set for 8 p.m. and the game will be televised on ESPN+.