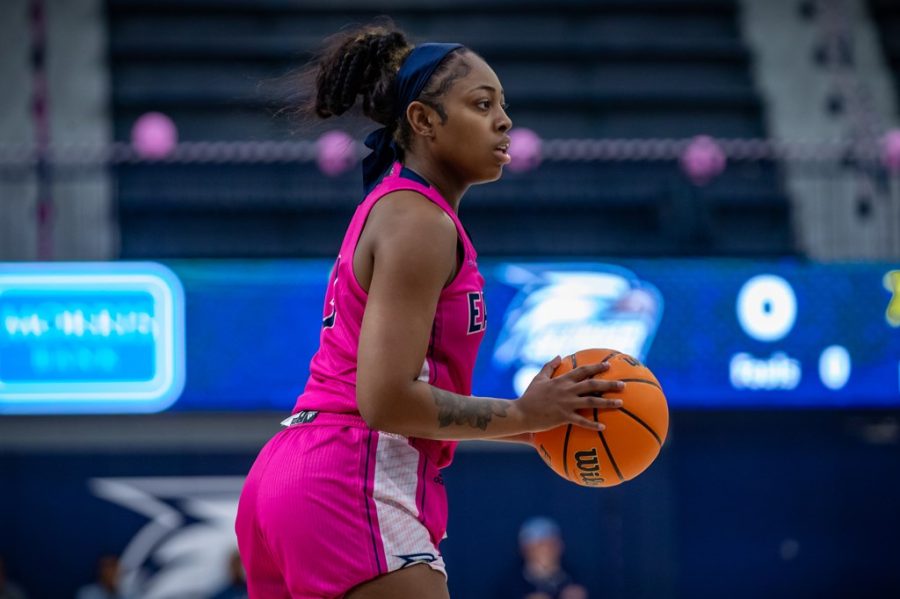 The Lady Eagles trailed by as many as 15 to the South Alabama Jaguars on Thursday, but eventually took down USA, 68-56.

GS allowed just two fourth quarter points to the Jaguars, which allowed them to outscore their opponents by 21 points in the final period.

Sophomore Terren Ward led the way for the Eagles with 22 points, her fourth straight 20-point performance. Her 12 rebounds also gave Ward her fifth double-double on the year.

Daeja Holmes knocked down a trio of three-pointers and was the only other Eagle to eclipse double digits.

The Eagles extended their win streak to five games and pushed their record to 16-7 (7-4 SBC). The team now sits in sixth place in the Sun Belt standings.

GS will be back in action on Friday as the y travel to take on Sun Belt leader Troy on Saturday. Tip-off is set for 5 p.m. and the game will be televised on ESPN+.