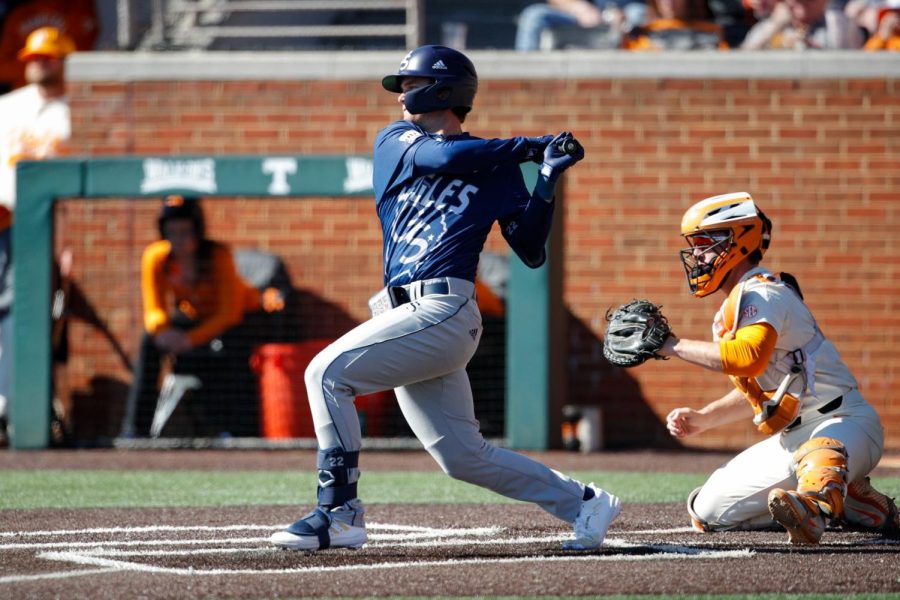 For the second straight season, the Eagles’ baseball team fell in three straight games to the Tennessee Volunteers.

On Friday, the Eagles’ pitching staff was simply no match for the Volunteers, who won 9-0.

Transfer Ty Fisher first start for the Eagles was quickly spoiled by the electric bats of the Volunteers, who lit up Fisher for sits and four runs.

The Volunteers scored eight of their runs on four different home runs between the fourth and seventh innings, before a walk pushed their ninth and final run across.

Austin Thompson record two of the Eagles’ three hits in the season opener, while Christian Avant laced the other Eagle hit into the outfield.

Utility player Jaylen Paden got the start on the mound for the Eagles on Saturday, tossing nearly five scoreless innings and only surrendering one hit.

After a sixth inning burst of offense, the Eagles took a 3-run lead into the seventh. However, the Volunteers scored 10 unanswered runs to walk away with a 10-3 victory.

On Saturday, the Volunteer offense got started early, en route to a 14-0 blowout victory.

Six different Eagle pitchers saw action on the mound, but none had any answers for the Volunteers.

Ty Fisher, Thomas Higgins and Ben Johnson were all credited with a loss for the Eagles over the weekend.

The Eagles will be back in action on Tuesday, when they host No. 21 Georgia Tech. First pitch is set for 6:00 p.m. and the game will be televised on ESPN+.